The way I pick player collections is this: I don’t. They pick me. After stacking up an inordinately large number of the same player I start to contemplate adding him to my non-Sox player collection. If I get a hit or an auto from that player later on, then I’m pretty much sold. It’s meant to be. You can blame my insane amount of Ryan Zimmerman relics for this policy

What’s even weirder is when that person is traded to the Red Sox later.

Enter Brock Holt. Quite honestly, that’s the best baseball name I’ve ever heard. I can’t see a “Brock Holt” doing anything other than playing a professional sport. Either that or being a kick-ass space Marine in some sci-fi movie. With a name that badass, you have few options.

END_OF_DOCUMENT_TOKEN_TO_BE_REPLACED

Was having a slow day at work and wanted to stretch the creative muscles a little. 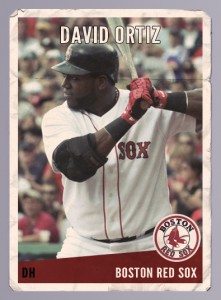 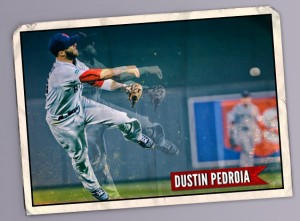 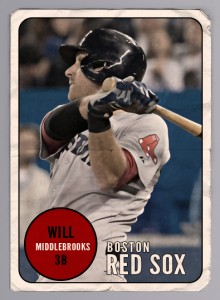 I was checking on the status of three un-shipped (and still pending!) auto redemptions from 2012 Bowman Platinum and decided, on a whim, to click over to the main Topps website. They had a banner up for “The Chase” thing they’re doing for the main Flagship set and I logged in. I had put in 3 or 4 codes before the season started and I was wondering how it even worked.

I had all sorts of trouble actually adding people to a roster to try and get a streak, but that’s not what this post is about. This post is about this little nugget in the “How to Play” section…

SELECT YOUR HITTER CAREFULLY– IF YOUR PLAYER DOES NOT GET A HIT, THEN YOU LOSE THAT PLAYER FROM YOUR ROSTER. You will only be able to pick that player again if you have another “copy” of that specific player or if you unlock that player again with another code card.

WTF? So, wait… Wait just a damn minute. A code, that you bought, to unlock a player, for a game, will be LOST if that player doesn’t get a hit in real life? Are you fucking mental Topps? What kind of bullshit is that?

You know that “Beat the Streak” is a thing, right? It’s a fantasy game that people play. The MLB even has an official one, FOR FREE, for a chance to will millions of dollars, and not some bullshit coin card set from you.

You’re taking away peoples unlocked players? Wow. I think we’ve found the bottom Topps. You can’t really get much lower than that.

Please tell me no one is actually participating in this bullshit!

That title alone should clue you in to my opinion about the new Xbox, but I’ll try to be as even-handed in discussing the finer points as I can. It’s not necessarily bad, it’s just not something I feel like I’m going to be interested in.

END_OF_DOCUMENT_TOKEN_TO_BE_REPLACED

Spring time is boring, especially for me personally. Yes, baseball is underway but card products are merely trickling out, video game releases are non-existent, summer movies haven’t really started yet (not that I’d get to see them anyway), and work (generally) is both insane and incredibly un-creative at the same time. You can only make flow-charts in so many ways.

So, I pick up a pack of Bowman, I pick up a pack of Prizm, I go see Iron Man, but none of it really excites me all that much. Then there are the quarterly, timed, releases of ultra high-end products. Today is Topps Museum Collection release day. I’m sure it’s meant to stem the gap between things like Opening Day and Ginter, but high-end products like MC continue to confuse me in general. I don’t have the cash to ever consider buying any at retail, and mathematically it’s a complete gamble anyways. If you don’t land that one “monster hit”, you’ve wasted over $150.

Let’s break that down.

MSRP for a box of Museum Collection is $204.95 (current price at Blowout Cards).

Per card, if we’re discounting quality/hit-ism, is $10 per card.

Let’s all be honest, base cards for high-end sets are never going to be worth $10. Hundreds are popping up on sites today for $0.99. People just dump base cards for high-end sets like they’re diseased or something. Clearly this is a massive red flag that high priced products are not “sets” and most certainly not aimed at set builders. They’re all about the hits, which is fine, but we all need to be honest about that with ourselves. It’s a box of hits. You’re buying a $200 box of hits. If we completely discount the base cards, those four hits are $50 a piece.

So, the real question is not whether Museum Collection is worth the price (it simply isn’t), it’s the Vegas style odds of whether you pull a hit that’s actually worth $50. More over, if you do pull a card valued above $50, is it “big” enough to recover your investment in the box. Is it $75 or is it $1000? Sure, you might pull that 1/1 that’s worth a couple grand. You might also pull a Tyler Skaggs auto that’s worth about $1.

That’s the power of gambling. The allure of the “big win” counteracts the more than likely loss of money to play the game in the first place. Some people enjoy that. Some people go to Vegas with $2000 and expect to come home with nothing but the expectation that they had a good time losing it. That’s awesome if you’re that kind of person. I’m envious of your disposable income.

I’m not one of those people, but I do enjoy the possibilities. So, to completely steal an idea from Roy-Z. I wonder if it would be possible to get exactly what you wanted from a box, without buying a box, and for less than $204.95?

I actually don’t even have to buy any to know that it’s possible. You could easily pick up 16 base/parallel cards for $1 each. You’d be 80% done with $175 to spend on 4 cards. Clearly its doable. I even see 2 hits I’d want personally, sitting on ebay right now, with BiN prices of $20. $40 from now, if I had the money, I could have a Will Middlebrooks auto and a Jim Rice relic. $135 theoretical dollars left to buy just 2 more cards.

In the end, Museum Collection isn’t about cards. It’s about gambling. The packs has odds for a reason. It’s not because they’re trying to be nice, it’s because losing money is a real thing, and they needed to comply with regulations. Slot machines have odds printed on the side as well.

I’ll be honest, I might pick up one or two. I did last year. I got 3 jumbo relics and 2 relic-autos of my favorite players. That’s 5 hits. I spent less than $10 a piece. I spent a pack price, for more than a box worth of hits. It still confuses me why everyone doesn’t just cherry pick what they like from sets like this, but I’m glad someone out there buys cases of this stuff, and sells off the lesser hits for cheap. Otherwise I’d never see any.