After having a huge December I needed to throttle back a little bit. I went through way too much birthday/freelance money and I don’t have enough to last all summer. Luckily some more work is around the corner, but the point is that January and February were a little leaner. Combined into a single super-month of winter buying frenzy however, I’m actually quite pleased.

END_OF_DOCUMENT_TOKEN_TO_BE_REPLACED

I truly love the baseball card community. You guys are awesome. I offer to send people random cards, asking nothing in return, and you guys just send awesomeness right back. You rule. Seriously.

I’ve sent out two packages in my Spring Cleaning ’13 effort so far, one for the Twins and one for the Angels. I have two more packed up and ready to go out (D’backs and Rangers) and I still need an address for the guy who contacted me about the Pirates.

In return, both Tom from Angels in Order and Dave from the unpronounceable “é rayhahn, rayhahn” (we’ll just say “Rhubarb Runner” instead, lol) sent me awesome packages in return.

END_OF_DOCUMENT_TOKEN_TO_BE_REPLACED

A couple weeks ago, Crackin’ Wax had his first big case break. He busted all but one box of Series 1 and raffled the final one away. I bought both Red Sox slots in the break, hoping to not only get a team set (which I did, x5) but to hopefully get a good chunk of the inserts, parallels, etc. I figured, for the price of two blasters, why not. I’d be buying way more than that trying to do it via retail. Good call on my part. Here’s the loot.

END_OF_DOCUMENT_TOKEN_TO_BE_REPLACED

Last weekend I had a chance to do something I’ve always wanted to do, albeit on a small scale. I’ve always had a passion for the more extreme sports, although I’ve never attempted to actually participate in them. Skateboarding and BMX are probably my two favorite. Ever since I started photography I’ve always wanted to have a session with a pro/semi-pro in an actual skate park. Last weekend I had the chance to shoot a BMX team during a stunt show. A friend from work knew the team, and I got full access. The scale was incredibly small, 3 riders, 1 ramp, but it was a good warm up for a job I have coming up in a couple weeks. A few weeks from now there’s a full scale event here in town and my friend has insider access to that as well. I figured shooting the smaller stunt show this weekend would give me a good chance to get my timing down and try out a new fisheye 10-22mm.

Here are the results. 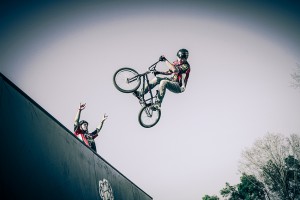 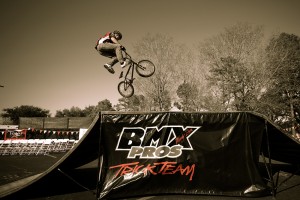 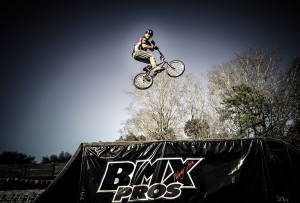 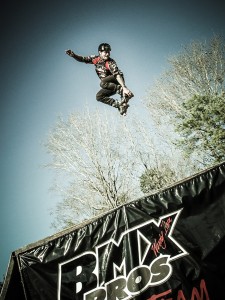 I’m really looking forward to the next event. Talking with these guys, and discussing angles before hand was a huge help. I can’t wait to shoot a full vert ramp.

Last week I did my civic duty and headed down to the courthouse on Wednesday morning. I’ve been called for jury duty 5 or 6 times since moving to Texas (mostly due to registering to vote in new counties and updating records at the DMV… that’s how they getcha!) but never got picked for a criminal trial. Until last week of course. Wednesday, Thursday, and most of the day on Friday I was locked up in the “Jury Deliberation Room”, arguing with 11 other people.

Now that’s it’s over, I’m technically free to talk about it, but given the, umm, seemingly scary background of the defendant, I think I’m going to pass. Suffice to say, although he probably did it, the DA had zero evidence. It was actually one of the weakest presentations of evidence I’ve ever seen. This dude was serious scum of the earth, but there wasn’t anything tying him to the crime. We all wanted to put him away, he was up for 25-life, but that whole “reasonable doubt” thing weighed heavy on everyone. Well, almost everyone. We had a kindergarten teacher who refused to believe anything and held out her verdict, and wouldn’t change. We were 11-1, not guilty. Not because the guy was innocent, but because we couldn’t prove it. Which, if you think about it, is how the system is supposed to work anyway. Anyway, the jury was hung and the judge declared a miss-trial. Three days wasted.

So, if you were wondering where on earth I disappeared to, there ya go.

Lots of work to catch up on, blogging too. I’m sure there will be a flurry of posts this week 😉