So, after pretty much giving up on Chrome, I’ve thrown my collective addiction towards Bowman Platinum. I know a lot of folks are down on Platinum, citing the set for having little relevance, but I like it. It fills that “oooh, shiny” portion of my brain while at the same time having really great photography, a nice simple design and is completely without the insert insanity most sets have. The colored parallels are almost a non-issue. It’s also the only major set I’m wanting to finish this year, outside of my team sets. I had hopes of finishing Gypsy Queen but I haven’t made any more traction on that one, so it’s probably a lost cause.

Regardless, I like it, and after buying two more blasters last weekend (I seriously just need to get a hobby box), I decided to count up the cards and see where I was on a complete set.

I’d like to complete the set, I think it would be really nice looking. I’d also prefer to trade for the remaining cards, I think that’s just more fun that buying a complete set. Anyway, I’m going to be adding the colored parallels and autos I’ve pulled across all my blasters to my tradebait page this weekend, so if you see anything you’d like, and have some of the missing cards to trade, please let me know.

Well… this kind of speaks for itself. I’m just going to leave this here… 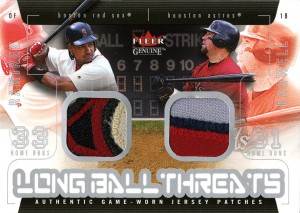 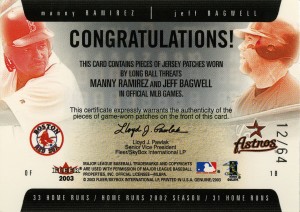 For those that don’t know, I work in an art department, as a photographer, at a NASA contractor. Believe it or not, those things go together. That combination leaves me in the odd position of being one of a handful of people with both really nice camera gear, and enough access to get some really nice photos of NASA events. Today, on it’s way to it’s final home in California, the space shuttle Endeavor made one last flyby of NASA’s Johnson Space Center. I was on the roof, camera in hand. I’ll let the photos speak for themselves.

END_OF_DOCUMENT_TOKEN_TO_BE_REPLACED

Been a pretty random month for purchases. Mostly stuff off ebay, and most of those were to quell my Chrome disappointment. Let’s start off with another warning why you never send anything of value in a PWE (if you’re a seller on ebay).

END_OF_DOCUMENT_TOKEN_TO_BE_REPLACED

Saying that title out loud makes me a little sad. Kyle had some truly great breaks, and was a genuine stand up guy. He may be taking a break from the hobby, but he made sure his last break was a doosy. We also swapped randomness in the end. I sent him some Royals stuff and he returned the favor with Sox.