I’ve given up on BUNT. I tried to like it but it’s just impossible. It’s impossible for me to enjoy an app that doesn’t know what its trying to be, outside of a basic pay-to-win money grab, and that’s not something I can support.

Originally, I was told it was a “card collecting app” and that you collected digital cards. Ok, that’s fine, but what’s the point?

Then, as I’m trying it out, it completely shifts focus to “it’s like fantasy baseball, but with cards!”. Ok, I like fantasy baseball, but it has major issues with it’s contest formats. The contests really boil down to a “DraftKings” type format, where you’re picking cards each day, but its not about the skill in picking the players, it’s about having the players with the highest “boost” in points value. There are parallel cards to the regular ones, offering ever higher levels of points multipliers. If you don’t have an entire roster of Gold (2x pts) cards, at the bare minimum, you’re not winning squat. Even if you do win, you get coins, which in turn you use to buy packs. The packs have cards. Cards get you points, points get you coins, coins get you packs, packs get you cards.

At that point you’re in a never ending spiral of opening packs to find better cards to play. That pretty much describes the “pay to play” universe of micro-transactions, and that’s fine if that’s your thing. Its the same concept as Candy Crush or Clash of Clans, or anything else people are addicted to on their phones. Its just not my cup of tea.

The final straws are easily the fact that people who do pay extra get access to special packs that the unpaying masses don’t, which contain the better cards, which just perpetuates the cycle, as well as their constant insistence that the app is still about “collecting cool cards”. To prove this, they’ve created “autographs” and “relic” cards. My jaw hit the floor when I first saw these. They are, quite literally, fake autographs, on fake cards. They even had an entire run of “cards” from deceased Hall of Fame players. Its almost as if they’re accentuating the complete non-sense they’re peddling. A DEAD PERSON CAN’T SIGN A CARD! Even if they could, it’s still not real.

The only way BUNT would make any sense, and in my opinion, the only way I’d ever be interested in it, is if there was some mechanism for receiving REAL cards, in the REAL world, for playing the game. If I could “redeem” my digital parallel card for a real one, I’d be more inclined to continue using BUNT. The entire concept would still have issues, but at least there would be a point to it all.

As it stands, there is no point. There is no point to BUNT. Whats the end goal? Collect all the cards? For what, to not be able to ever have them in real life? Or, maybe it’s to have the most points, because nothing says “success in life” like having a mountain of completely fake digital coins. Honestly, I don’t get it.

The bottom line is that it doesn’t scratch the collecting itch, and I’ve played better and more meaningful fantasy baseball.

So, with that said, before I uninstall the app, who would like some BUNT cards? I’m looking to trade them for cards in real life, or paypal if you don’t want to send me cards (or don’t have any). I would say that using digital cards in order to get real cards is some sort of statement about the banality of the medium and that I prefer the permanence of cardboard to digital ones and zeros, but that would be complete BS. I’m just saving for a box of Diamond Kings.

Anyone want any of these… 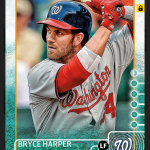 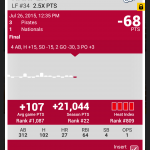 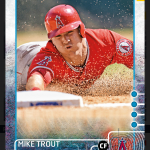 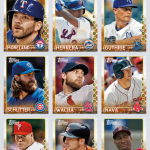 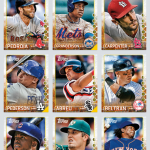 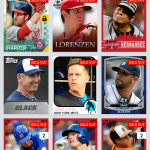 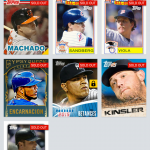 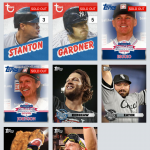 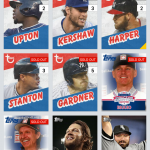 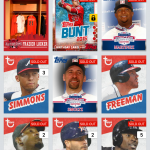 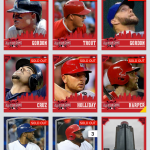 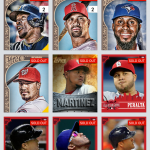 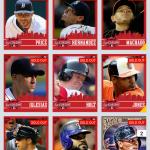 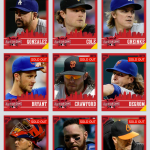 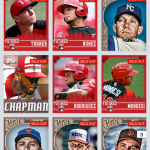 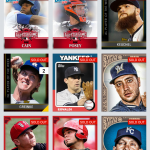 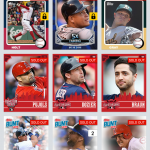 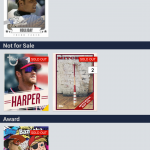 Also available, about 5000 Red/Green/Blue parallels, and sold out base cards. BUNT username is the same as this domain, leave me a message if you send me a trade request in the app, I’m not exactly checking it on a regular basis.

I’ve gotten a few requests IN the Bunt app, so I highlighted the portion of the post above that most people have skipped over.

I normally give away cards (the real kind) for next to nothing, but that isn’t the case on this one.