I have a not-so-secret secret. I love Bowman Platinum. In hand they are absolutely awesome. Right up there with Pristine and Finest. They’re shiny, and chromed, and just plain neat looking. Yesterday was the actual street-date, but I picked these up on Monday since my Target seems to not give two flips about street-dates in general. I bought a blaster and a rack pack. Scans after the break.

END_OF_DOCUMENT_TOKEN_TO_BE_REPLACED

I’m just going to post this right up front… 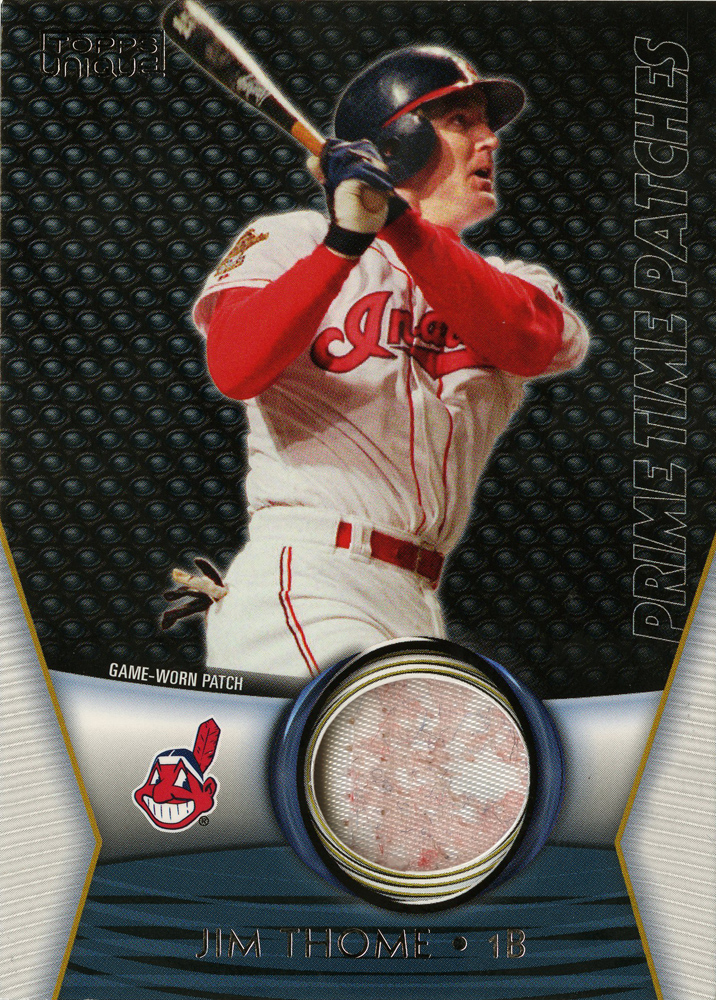 Normally, I would be posting my various goodies from a recent group break but I think this is a far more interesting topic for discussion. Plus, you don’t really want to see any more Opening Day and Topps Unique anyway. I can tell.

I need to say, right off the bat, that I think Kyle is even more upset about this than I am, and that things like this simply happen, and that it’s no one’s fault, and certainly not his. Kyle hosts some of the best group breaks around, and I’m extremely happy to have been and, going forward, continuing to be a part of them. He always opens great stuff and is just an all around great guy. When he opened this last week, I know his heart sank when he saw it. He deserves major kudos for contacting me personally and trying to make it right, even though there was no need to on his part.

So, the question is, what to do about it? I’ve reached out to Topps via email, and on Twitter, and haven’t heard back yet. I’ve heard that in the past they’ve made good on missing swatches and patches and at least offered something in return. The problem with this one might be that it’s a product from 2009. I can’t see them giving me a 2012 product for it, and I doubt they have any of these just sitting around.

Has anyone ever has Topps replace a card, or offer a different card in exchange for something? If so, who did you contact, and how did it get resolved?

And, as a follow up, if Topps won’t do anything, what should I do with it? Is it completely worthless, or does the limited (49/50) printing hold at least a tiny bit of residual value, perhaps to a big Thome or Indians fan?

Oh, and in case you want a close up view of fabric adhesive, click to enlarge… 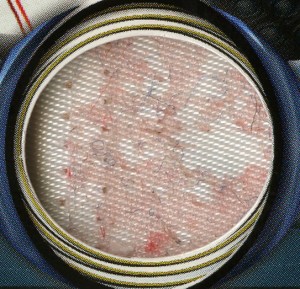 No, not that kind of size guide, get your minds out of the gutter, geez. lol.

This post has actually been a long time coming. It’s something that’s annoyed me quite a bit in the past and, while I’m sure it’s old news to most of you, I thought a handy guide couldn’t hurt.

I’m talking about CARD sizes, specifically thickness. The sizes provided by most binder page, magnetic holder, top loader manufactures make absolutely no “real world” sense. For example, there isn’t such a thing as “180pt” card stock. If you go to a printer and ask for that, perhaps to make your own cards, they’ll look at you like you’re an alien. Even the unit of measure, “points”, isn’t really the correct term. Most of the printing industry uses “pounds” to express paper thickness. Even then there’s a difference between “Bond lbs.”, “Offset Lbs.” and “Cover lbs”. It really depends on what you’re printing.

END_OF_DOCUMENT_TOKEN_TO_BE_REPLACED

July Break Loot plus a Trade!

Another month, another awesome break from my good buddy Sam over at the DailyDimwit. This time he was busting Goudy, Unique and SPX. Just before he started opening boxes we worked out a trade for something extra special. You might have seen his half of the trade here, but here’s my loot.

END_OF_DOCUMENT_TOKEN_TO_BE_REPLACED

I think I’ve failed to mention this over the past week or two, but after seeing positive results I felt the need to share. We’ve completely cut our TV service. We’re going 100% streaming, and it’s awesome.

Our average cable bill was $250. That’s insane. We were using AT&T Uverse in a combo package with TV, Internet and Home Phone. The introductory price (as seen on the commercials) was $99. Over the past two years they’ve raised the TV price by $20, and for some crazy reason, the phone price as well. Also, after the introductory period ended, they started charging for the DVR, the 2 receivers, call notes (on the phone), and a half dozen other things. I had enough. In the grand scheme of things $250 doesn’t sound like a lot, but it was my 2nd highest monthly bill. Only my car payment was higher.

I got fed up and decided to make a change. I kept only the Internet portion of the Uverse service, and actually increased it from 18mbps to 24mpbs. My entire bill is now $60. Since we already pay for Amazon Prime (well worth the $79/year) we have access to all of that video library via the PS3 (which is free compared to XBL). I’m also considering reinstating my Netflix account, streaming only, for $7.99. $68 total is quite a bit better than $250. Both Netflix and Amazon have huge libraries, including a lot of Sesame Street and other children’s programming that our kiddo enjoys, and more than enough of a backlog of good shows we never watched to keep us busy if we get the urge to watch something. Tudors, Breaking Bad, 24, it’s all there if we want it.

I also picked up, for under $20, an over-the-air HD receiver. I set it up above the entertainment center and we now get the 4 local stations (ABC, NBC, CBS, Fox) for free. I did that in case of emergencies. I didn’t want to be completely information-less in the event a hurricane was headed our way. $20 for a little redundancy, well worth it.

Honestly, we were watching less and less TV anyway. Kids take up 99.9% of your free time. After getting her to bed at 8:00 every night, there’s only about 2-3 hours left in the tank before I pass out. I’d rather spend that time with the wife, or playing a game, or blogging, or sorting cards. TV was so low on the list that it was easy to cut it out entirely.

Growing up, my parents always told us that, after finishing our homework, we had 1 hour we could use the TV. Not watch, use. That meant that you had to decide if you wanted to play Atari, or watch cartoons. Usually I opted for 30mins of Mighty Mouse and 30mins of gaming. Other than that, we were told to play outside. Looking back, it’s one of the things I think my parents did absolutely right. I wanted to pass on those good habits to my little one. So, we let her watch Sesame Street or Shaun the Sheep for about 30mins in the morning while we’re getting ready for work. That’s it. No TV in the afternoons and evenings. That’s family time.

The cost savings alone were worth it, but the added family time was equally important to us.

If the cable companies ever switch to an à la carte system, I’d consider signing up for a station or two, but that would be the only way I’d come back. Paying for 250 channels I don’t watch was simply a waste. I’ve been happily streaming shows for 2 weeks now, haven’t had a problem finding and/or missing any content I wanted to see, and have no plans to go back. I’m feeling good about this one.