I don’t pretend to know how everyone else stores cards, I’m sure everyone has their own system. For me, since my primary goal is year-to-year team sets, I use binders and pages, and that seems to work out fine. It also means that binders get the majority of my attention. As a result, that also means I don’t put “hits” in said binders. I have “shoebox” style monster boxes instead. I’ve filled up three of them (the 3000 card variety) so far with random Red Sox cards… with little to no organization, unfortunately. I was putting some cards in one of the boxes and realized I was dealing with this… 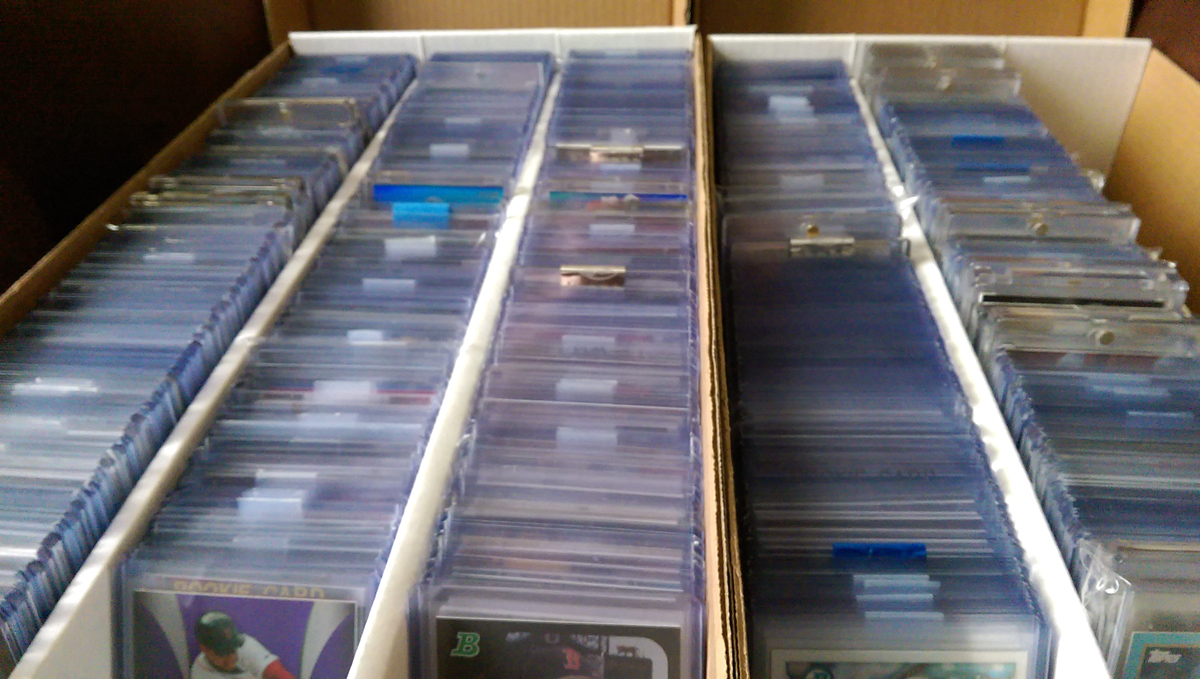 Seriously. What a train wreck. You can tell which cards came from ebay, just look for the tape on the top-loaders. Who does that?!?!

I had no idea what I had even put in here. So, naturally, I started rummaging through it, rediscovering all sorts of cards I had pretty much forgotten about. Some were good, some were bad, some were, well, let me show you… 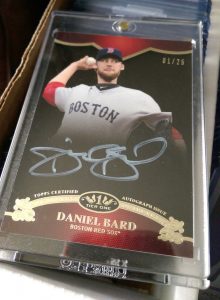 Yikes. The “Cautionary Tale of Daniel Bard” should be something New England mothers tell their kids to scare them into eating their vegetables. 01/25 is never that bad, right? 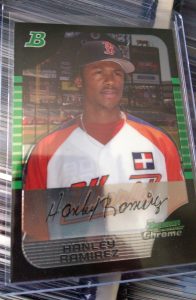 Hey, now that’s better. Apparently I had a Han-Ram rookie this whole time, and a Chrome one to boot. I think I have a paper version as well, probably in another box, unorganized, hiding amongst the Manny’s. 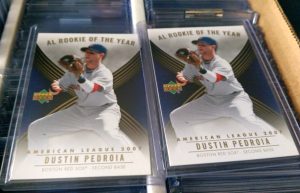 I also discovered a good number of duplicates. I guess I can stop buying this 2007 Pedroia ROTY card now. I had 4 of them, all in different places of course. 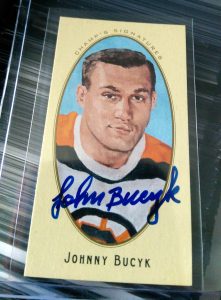 I have a Jonny Bucyk autograph?!?! 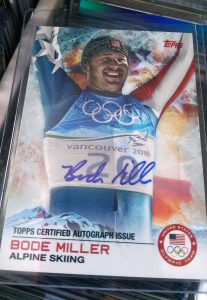 …and a Bode Miller autograph? Really? Neat! It’s like finding lost pirate gold. You know, like if you were a pirate who got drunk and forgot where you buried your gold, and then dug up the entire beach looking for it, only to find out you had put it in a treasure chest, labeled “pirate gold”, on your desk, in your pirate office, in plain sight. Yeah, kinda like that. 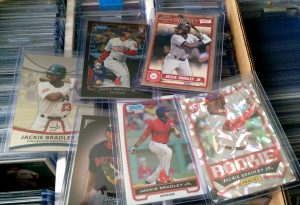 I’m kidding of course, it’s actually a ton of fun rediscovering cards you didn’t realize you had. I know, first world problems, right? I know I had a few Jackie Bradley rookie cards, but I didn’t remember having a “black wave” refractor RC, or his Bowman Platinum Team USA card. That Panini card on the right is also some crazy rare Father’s Day cracked ice refractor. 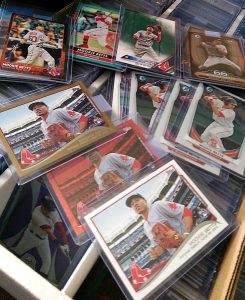 Of course, coming across multiple Mookie RC variations was the icing on the cake. Apparently these went through the roof price wise. I saw graded copies of the red foil for $200+, and the gold was around $50-60. That’s crazy. These are going in One Touch holders right this second.

So, I suppose the moral of the story is to go back and look through your collection from time to time. Open that box of “random 2009-2014” you have on the shelf (or is that just me) and see what’s in it. Personally, I learned that my organizing sucks and now I have a project for the upcoming long weekend.

This has a been a public service announcement from the Dis-Organized Card Collectors of America. Thank you for your time.