The way I approach a custom card might be slightly different than most. For starters, if I’m doing a strait recreation of an existing card, it’s to fill a gap in reality. If a person didn’t get a card in a certain year, or on a certain team, that’s a good candidate for a custom. Second, if I feel like the idea was a good one, but I thought it could be executed differently design wise. That’s the nice way of saying that I didn’t like something about the original. That’s not because I believe in any way that I’m a better designer than any of the artists already employed by Topps or Panini, but merely that they have deadlines and productions schedules to meet, whereas I could take months working on something. The third type of custom is the original custom. I love being inspired by a design and then putting my own spin on it. I’ve got a few of those in the works, but this post is actually about the second type.

Topps created a design for this years Olympics cards that was pretty good, but had, at least in my opinion, a few things that needed tweaking. So, this is my re-imagining of the 2016 Topps Olympic card set.

First lets start by taking a look at the original, and pointing out the few trouble areas I noticed. As always, click to enlarge all these. They’re better when they’re bigger. 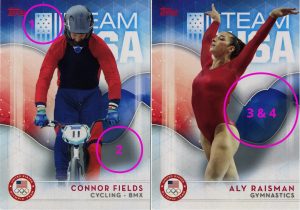 So, here we have the actual cards for Connor Fields and Aly Raisman. I picked these two out of my set because they highlighted three of the problems perfectly, and the other was on every card.

Ok, criticisms out of the way, what are we going to do about it? 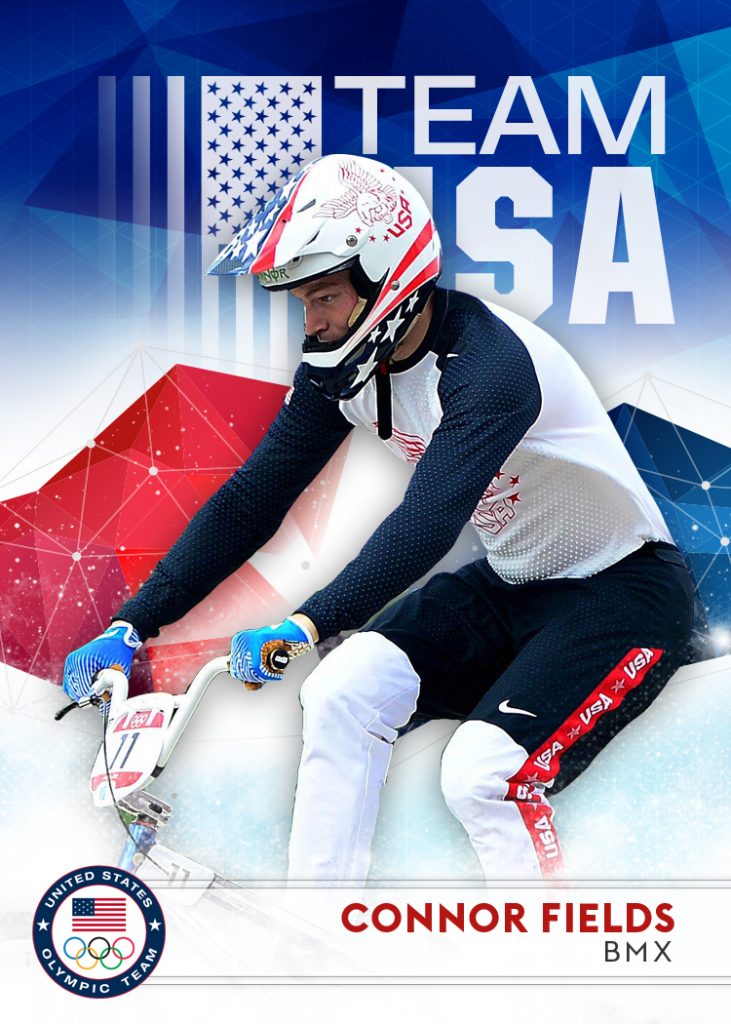 Well, let’s start by fixing those issues we just talked about. The flag is now the correct flag, in the correct direction, with the correct number of stars. The drop shadows are reduced by 2000%. The background is now made up with a geometric shape and the grid pattern behind that has been considerably reduced (opacity wise). That’s also a picture of Fields AT the Olympics. 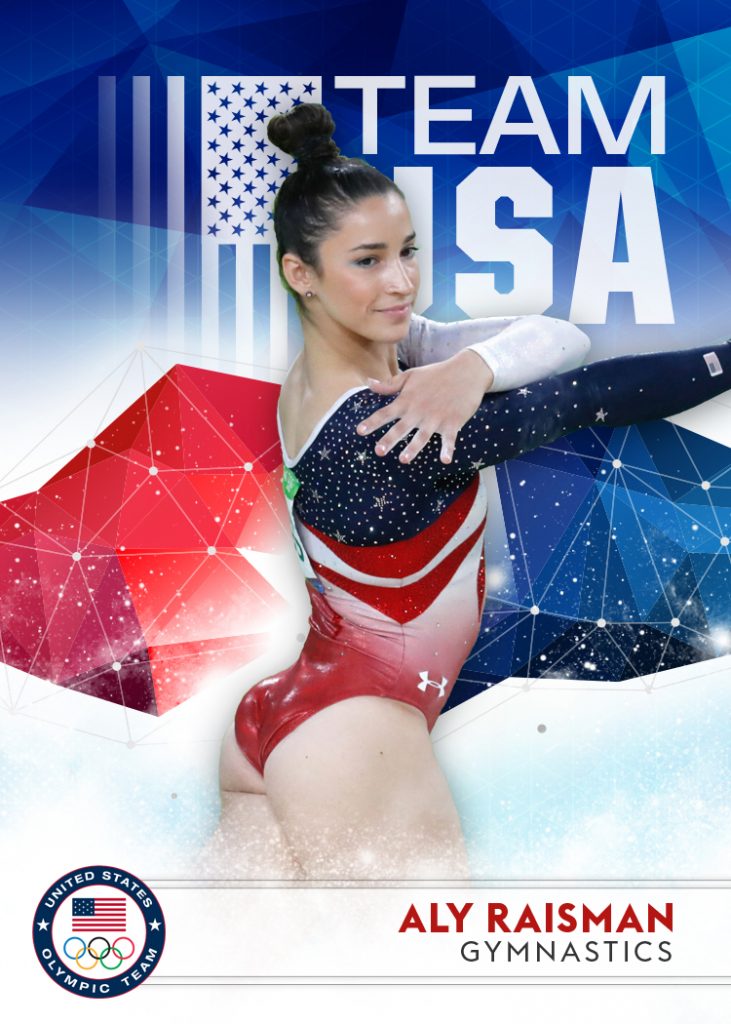 How about a couple more? 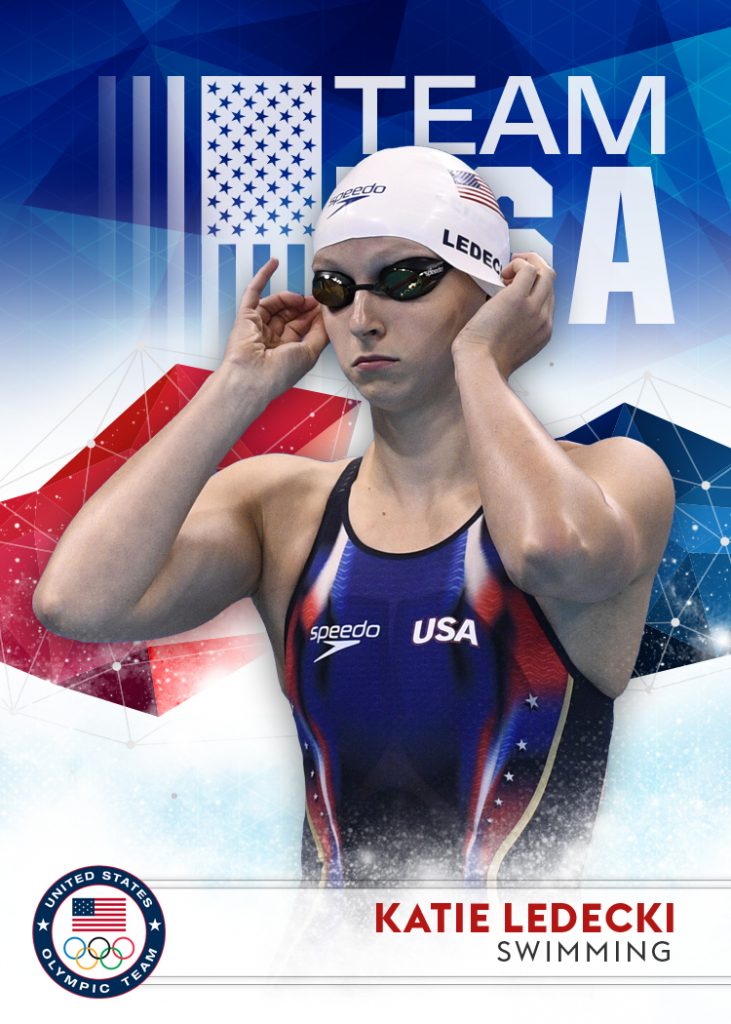 Katie Ledecki version, who’s original card, if I remember correctly, had her in a warm up jacket.

But why limit ourselves to the summer games? The winter games are awesome too. Why not make a “best of USA Olympics” set? 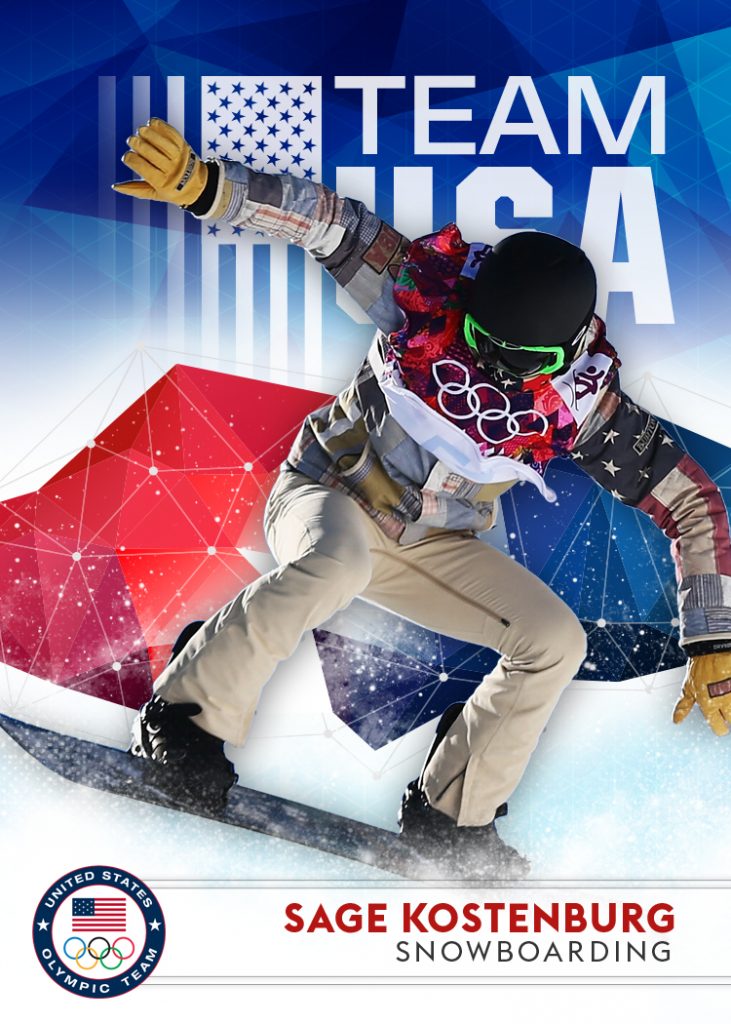 What about baseball? Baseball is coming back for the 2020 games in Toyko, we’re obviously going to need some representation there too… 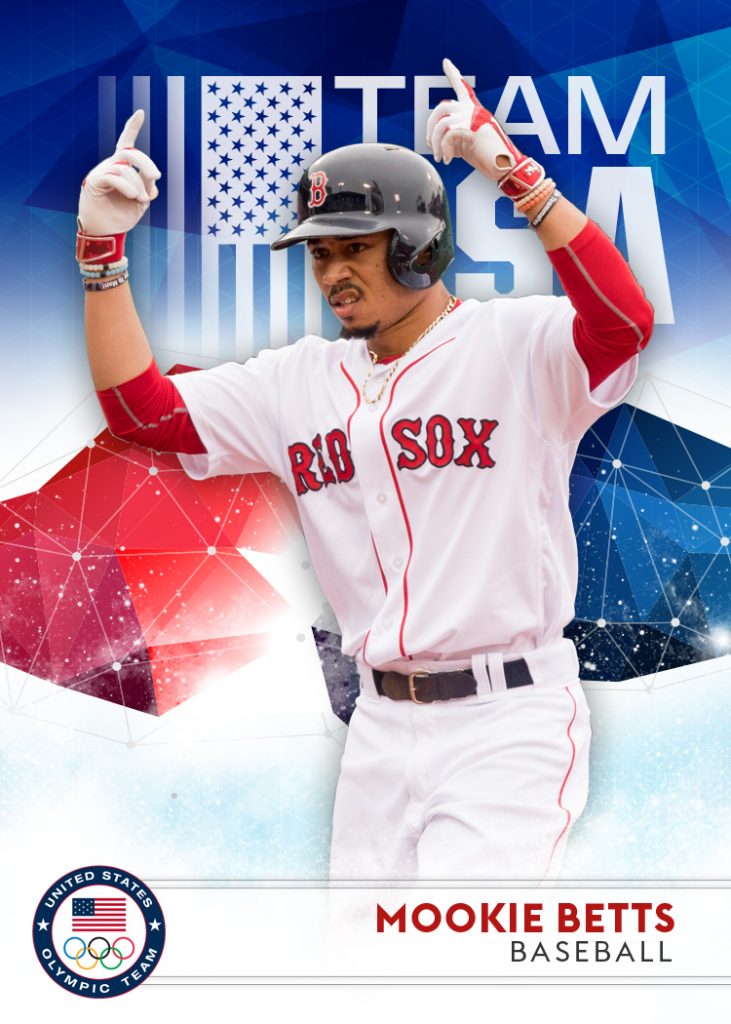 Hope you enjoyed these. I’ve got more customs in the pipes as well. Stay tuned!