So, October has come and gone and the card faeries have been especially kind. I made several trades, a couple group breaks, and the usually random ebay cheap pickups. I did manage to scan the break cards from both Sam and Ryan (thanks guys!) but I honestly have no idea where the files are and I’ve already filed the cards in my binders. Same goes for the two trades, again, with Sam and Ryan. Have I mentioned how awesome you guys are?  Anyway, as I mentioned before, it was one hell of a month. My freelance stuff finished up nicely and I’m waiting on two nice checks to arrive. I hoping to save those up for some crazy Black-Friday card shenanigans.

As for the rest of my cards, since I couldn’t find the files, I rescanned what I still had on my desk. That’s what I have for sharing today.

First up, a pile of Papelbon relics I picked up as a lot auction. I already had this years Ginter relic, but the rest are new. I was mainly in it for the UD Masterpieces, but the others are just icing on the cake. 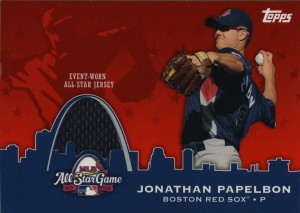 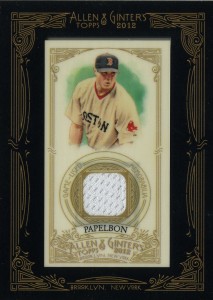 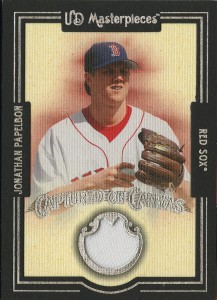 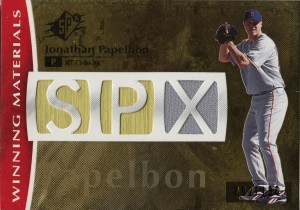 Next up, a couple really cheep ones, dime box style. 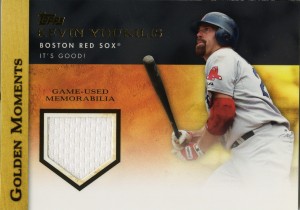 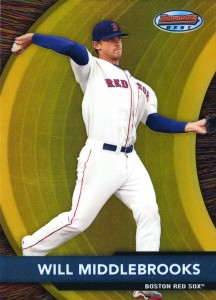 Two cards I had missed out on earlier this year. I really liked the Middlebrooks from Bowman, even if I wasn’t crazy about Bowman on it’s own. 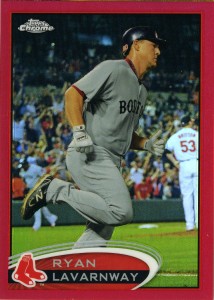 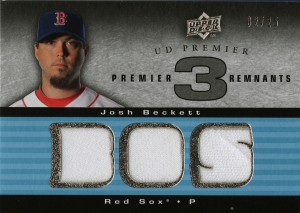 I couldn’t remember if I had scanned this one before. It was on my desk, waiting to be filed so on the scanner is goes. With his “stock” down significantly thanks for being dumped to the Dodgers, Beckett relics are crazy cheap. That fact also lead to this one… 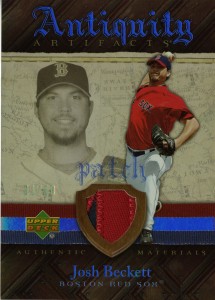 Antiquity Artifacts, 31/50, patch. Sure, Beckett is kind of a toolbox, but a patch is a patch, and you can’t ignore his 2007 performance. Plus, if you leave ball-players who are jerks out of your collection, everyone would have a pretty tiny collection. 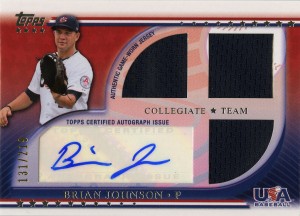 Next up, a very nice triple relic/auto from our 2012 draft pick, Brian Johnson. I’ve had my eye on a couple of these USA relics and found one pretty cheap and pulled the trigger. I never really want to drop huge coin on pitching prospects since their odds of making it big are even slimmer than a position player. 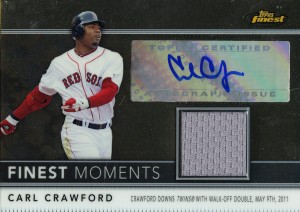 Also in the “cheaper than it should have been” category, a nice Topps Finest auto/relic from “My Arm Hurts” Crawford. Enjoy that one Dodgers, lol. 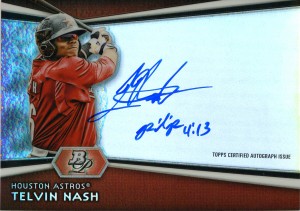 Wait! What is that? Is that an Astros auto? Yeah. Yeah it is. It was the Phillippians 4:13 that got me. “I can do all this through him who gives me strength.” Plus it was in a lot with this bad boy… 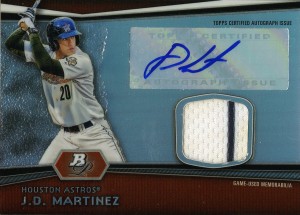 Nice. I figure Sam already has both of those, so they were pretty much just for me. I like seeing the Astros do well. Good baseball in Houston is a good thing for everyone. 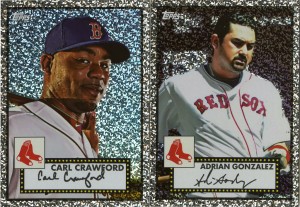 Speaking of Sam, these two were part of our recent trade. Two very nice “Black Diamond” cards. I don’t have any of these, so that was a nice surprise in my trade package. The other part of our trade is below, in the insanity that’s about to follow.

See, I went a little bonkers with Triple Threads this year. People on eBay were so willing to jettison their “not Bryce Harper” cards for next to nothing, and I had no problem picking up most of these for next to nothing. Let’s go! 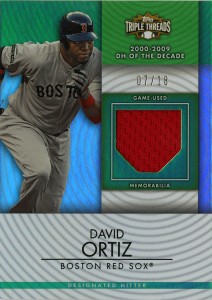 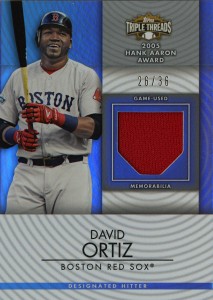 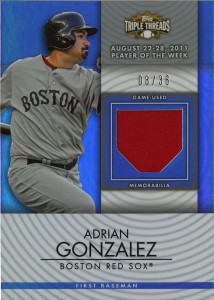 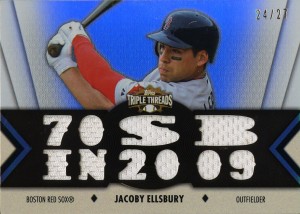 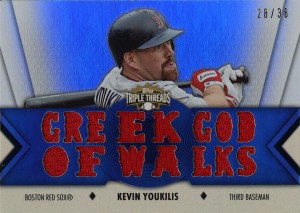 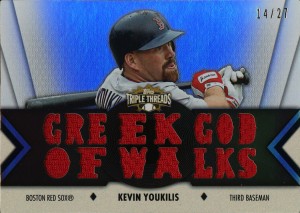 Wow. That’s a metric ton of threads. Tripled threads. Of tripleness. Sam sent me the Ellsbury in exchange for a JD Martinez Triple Thread he was looking for. The rest are cheap pickups with the exception of the /27 Youk, which was a couple bucks. Of course, I was bidding up that one while the /36 version sat at $0.99 and I ended up winning both. That’s ok, I actually like the color of the /36 version better. I had been after one of those “Greek God of Walks” cards since they used the phrase in last years Triple Threads. Now I’ve got two, lol.

Anyway, that was it for October. Apologies again for the lack of posting. Hopefully November will be a little more forgiving with my free time. Thanks for reading!