A couple weeks back I worked out my first trade with Richard, aka Dawgbones. I got randomized a Phillies prospect in one of Kyle’s group breaks and per-emptively traded it to Richard for a relic to be named later. He had a nice Manny ginter relic that caught my eye and that was the basis for what turned into a massive card swap. This was what ended up on my end… 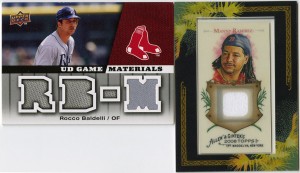 First up is the Manny relic I was interested in. 2008 Allen & Ginter. A nice relic from our lovable PEDs using Idiot. I like the older Ginter relics, I may have to chase more of those. He also threw in a nice Baldelli relic from another of Upper Deck’s “confused” products with mismatching photos and logos. I liked Rocco, I’ll take it 🙂 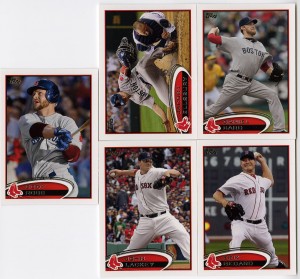 Richard also included a bunch of the new “Mini Topps”. I had debated whether or not to pick any of these up, but now I can’t leave a set unfinished, lol. 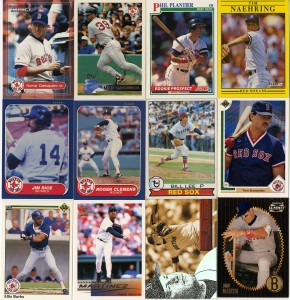 Next up, we go retro! This is all the stuff I missed out on when I didn’t collect earlier. The 91 Upper Deck is the last thing I remember buying. These are all the types of cards I’m sure my Mom threw out years ago. Now I’ve got some of them back. 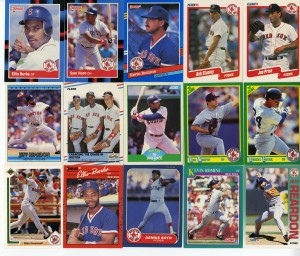 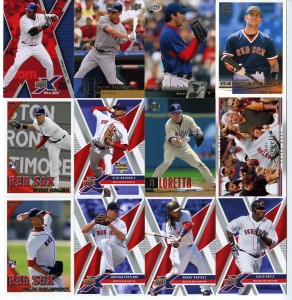 And it wouldn’t be complete with some decidedly more modern stuff too. I needed both of those 2010 RC cards. Nice.

Thanks for the solid trade Dawgbones! Can’t wait for the next one!