I was fortunate enough this week to meet not one but two awesome new trading partners. Tom from The Angels, In Order and Spiegel from Nomo’s Sushi Paltter. They both sent completely awesome trade packages and I’m in awe, as always, with the generosity of you guys! Lets see what we got!

First up is Tom from The Angels, In Order, who contacted me via the web form and said he had a couple cards off my want-lists as well as a Ryan Kalish auto. Luckily for me, I had just pulled that Kendry Morales auto from Artifacts, so I was able to trade auto for auto with him. We worked out a quick trade for some other inserts and set needs and this is what he sent over. 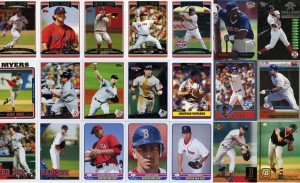 First up is an entire pile of set needs from all sorts of years. I’m definitely the happiest about the 2009 OPC, I’ve got a soft spot for that set for some reason and I’m inching closer to finishing it. 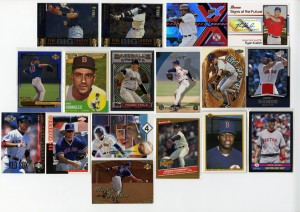 Next up, a whole bunch of inserts and vintage stuff Tom threw in. 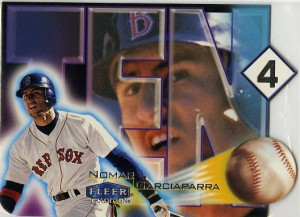 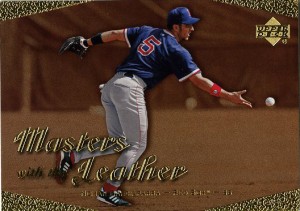 Nomar, “Masters with the Leather”. Now that’s a cool insert, and one I didn’t have. My Nomar collection has exploded in the past two months. You guys are awesome! 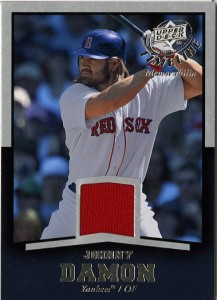 A very nice Damon jersey. Clearly a Sox photo, a Sox swatch, and of course the card says Yankees. You know what, no, UD, that’s a Red Sox card. If you don’t have a new photo and a pin-stripe jersey, don’t put a Yankees logo on it. It’s almost like you people are trying to put yourselves out of busin… oh… nevermind. 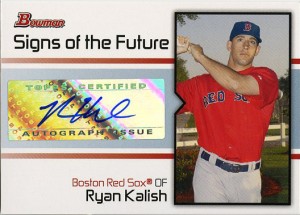 And the cherry on top, my first Ryan Kalish auto. Lovin’ it! Completely awesome trade Tom, thank you so much!

Next up is Spiegel from Nomo’s Sushi Platter. He spotted the Mike Schmidt manupatch I had in my trade bait and we worked out a trade for a Lester GQ relic and a couple of parallels and inserts. 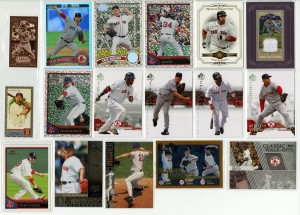 First of all, I know I didn’t send nearly that many awesome cards to him, and certainly not enough to deserve half of that. There’s all kinds of sparkly awesome in there. 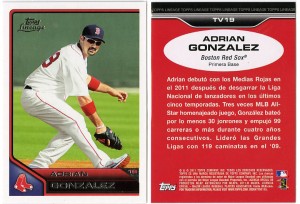 He also included stuff like this, the Venezuelan short print from Lineage. 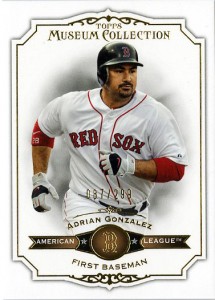 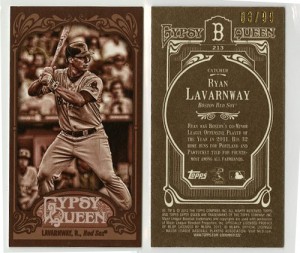 He also included some Vintage as well, and actually so did Tom. So now I’ve got a start on some vintage sets. Thanks you guys, that’s all I needed, new obsessions to chase after, lol! 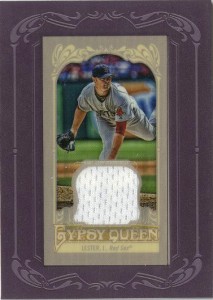 And last but not least, the Lester relic. When he wrote the email, he didn’t mention that it was a mini. I actually thought he was sending the large one, which I have a copy of, but the corner is a little dinged, so I was looking for another. I didn’t have the mini and I was actively looking for it, so this was a completely awesome surprise! I now have all the GQ relics except Fisk and a mini Boggs, which are tough to chase down.

I just wanted to thank you both again on these completely awesome trades, you guys rock! If you’ve got any Dodgers or Angels, please give their blogs a look, they’re both awesome trading partners.

Hope everyone has a great Memorial Day weekend!