Another week, another small handful of purchases I probably shouldn’t be making. I look at it like this: If I’ve given myself a monthly budget of “less than a video game” and in 3 months time I’ve only spent $50 (according to my “recent purchases” on ebay), then by all accounts I’m within budget and I’m not breaking the bank. I do have to curtail it a bit, the wife’s car decided it would be a good week to die and it’s in the shop to the tune of $800 for a new transmission coil and some A/C work. So, that kind of puts a stop to the metric ton of Gypsy Queens I had planned to buy. Oh well.

Anyway, since this is probably the last week I can splurge a little on in the foreseeable future, I’m glad I went kinda big. A few eBay items, a trip to a LCS, some cards from COMC, all sorts of goodies. Then again, my definition of “big” is a $7 card, so, you know, temper your expectations… 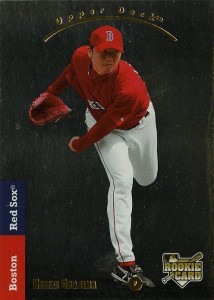 First up, the last two cards I needed to finish off the Sox checklist of SP 2007 Rookie Edition. Both Hideki Okajima RCs, both the parallel variety. There were FOUR versions of Okajima and Diasuke’s RC card from that set. I guess they didn’t call it “Rookie Edition” for no reason. Every other card was pulled from a group break a while back with the exception of these two. Now the set is complete. I love complete! 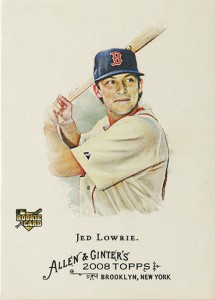 Nothing special about this one, it was in a dime box and I figured I might have a chance to get it signed at some point this year. I’m actually very lacking in my 2008 A&G. I’d like to get the rest of the set, but I haven’t even started in on it yet. Another project for another time. Maybe in the card “off season”. 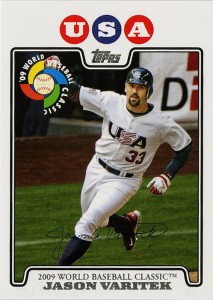 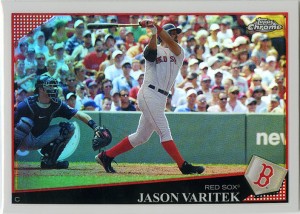 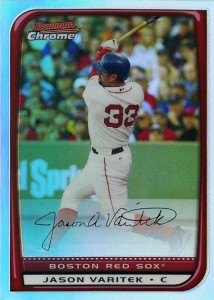 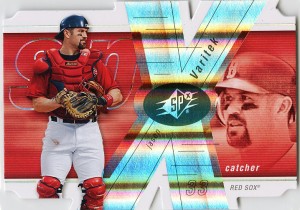 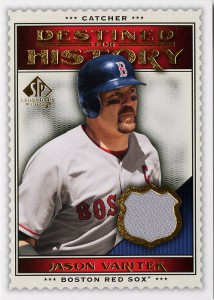 Next up, a nice little pile of Tek from COMC. I was placing an order for something else and figured I needed to at least make the shipping worthwhile, I don’t think any of these were more than a dollar, the jersey included. I love Legendary Cuts. The SPX die-cut is really sweet too. 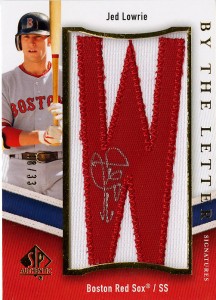 Lastly, my two eBay purchases this week. 2009 Jed Lowrie SP Authentic Letterman patch, number 18/33. Apparently I’ve been on a little Lowrie tear lately, for no apparent reason and completely randomly. Can’t beat $0.99 for a Letterman patch, no matter who it’s for. I really do hope Lowrie works out for Houston. They could definitely use the help in the infield and it could be a great town for him if he stays healthy, which has always been his biggest problem. I hope to see him at the ballpark very soon. 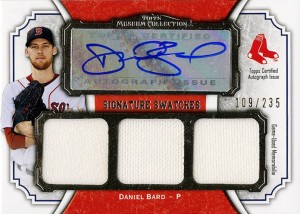 Ok, I’ll admit, I broke my “coffee” rule for this one. Just by a dollar or two, it was $7 shipped. Totally worth it. Danny Bard triple relic auto, #’d 109/235, from this years Museum Collection. I’m kinda on the fence about the Museum Collection. In hand, this card is pretty impressive, but 99% of that is the autograph, which at the end of the day is still a sticker. I have less problems with stickers in general than most people, and at least they “framed” it well in the card design. But I completely STOLE this card at $7. I guess it’s probably a case of new product demand, but the prices for most of these on eBay seems way out of touch with reality. We’ll see where the prices on these are by the end of the year before I start buying more. Again, super nice card, and one I’m happy to have in my PC, just not something I’m going to buy again and again until the price comes down a little. Then again, I’m not a premium card guy in the first place, I just happened to get lucky with this one, so what do I know, lol.