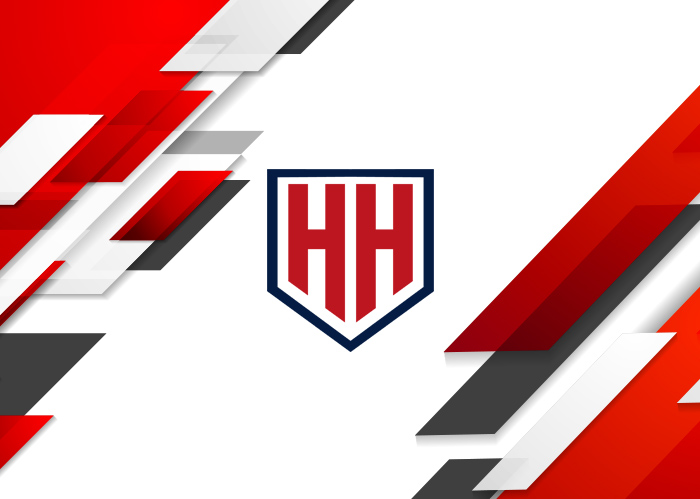 Inspired by Donruss, made by ME!

Let me get this out of the way right up front. I like Donruss this year. Yup, I said it. I’m a fan. It’s not a perfect set, most sets rarely are, and it has a few things I felt inspired to tweak, but the majority of it is just fine the way it is.

So, what exactly are these cards? These cards are a first draft at fixing some issues with Donurss and being inspired to create a set of my own. The original plan was to do an entire 30 teams x 25 player-rosters master set. That might be a little over-ambitious for a first set attempt. It’s more than likely going to be a 100-player set with at least 3 players from every team. Lots of people do sets of customs and I’ve decided it’s high time I try my own.

What exactly is High Heat? High Heat is a custom set, and brand, made by me. If I ever do any print runs, or send out cards to people, it’ll be under that moniker. High Heat Studios is mine. There’s nothing to see there at the moment, but that’ll change at some point and there will be copious amounts of custom cards there.

My two main problems with Donruss involved the corners and the retro parallels. For starters, along the top of the Donruss set there’s an odd “cutout” that makes the white border seem extra large along the top edge. It just didn’t really seem necessary if the design was essentially “diagonal lines” in general. Also, the bottom right corner was just a mess. In a grey corners, barely visible, they crammed parts of a city name (depending on the length), the player’s position, the player’s number, as well as an abbreviated city/state again, plus a semi opaque Donruss logo. Huh? Meanwhile, under the players name was a completely wasted horizontal space of color.

The second issue I had with Donruss was the retro rookies. There are 50 rookies, in addition to the “rated rookies” that have a 1985 parallel design with black borders. I can understand doing something different with the rookies, but to have two seperate rookie pools, with different designs, is just weird. Plus the black borders (and to be clear, I’m a fan of black borders in general) just look out of place in a set where every other card has a white border.

So, what did I do about it?

The top-left corner now mirrors the bottom right in style, even though the individual “pieces” are different. There are a few grey and white pieces but the primary colored pieces now match the team colors accurately. The team name is now on a separate “banner” underneath the player name, and the position is now obvious and to the right of the names (whereas before it was obscured in the corner). The secondary team name banner now matches the teams “other” color as well. I tried to make them acurate to the teams official colors (provided I could find them on their websites or inside brand/press packets). The white border is now uniform around the entire card. The fonts are accurate to the originals, and I have the luxury of not having a printing deadline, so the players are represented on the teams they were on on Opening Day 2019, not last November when a checklist was created.

Also, because variety is fun, some of the teams with more interesting color palettes have “alternate” colors for the secondary team banner. For example, the Phillies have the “light blue” as opposed to merely white and red. This helps separate a team like the Phillies from a team like the Cardinals or Angels.

I’m going to start with the Red Sox since it’s where I start with every custom card I make. Normally I try and get the design where I like it for them, and then create a “master template” to work from for the rest of the teams. Here’s a few Sox cards to start off 2019 High Heat Series 1. 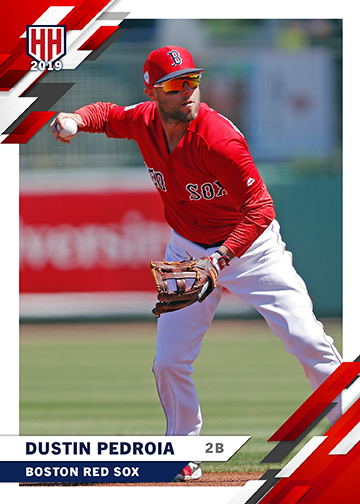 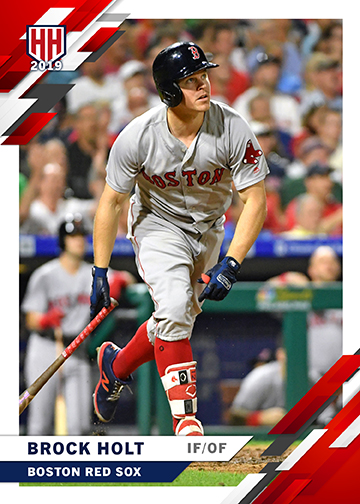 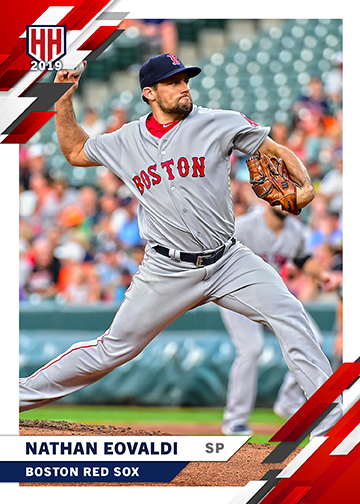 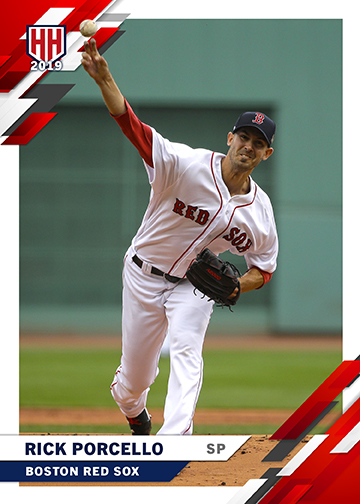 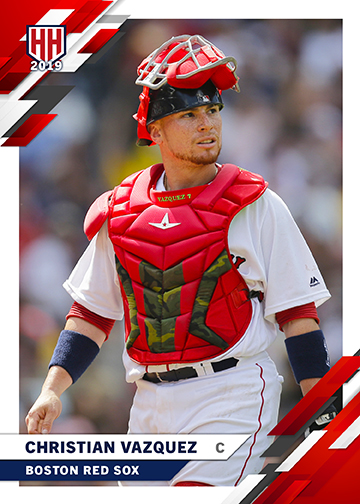 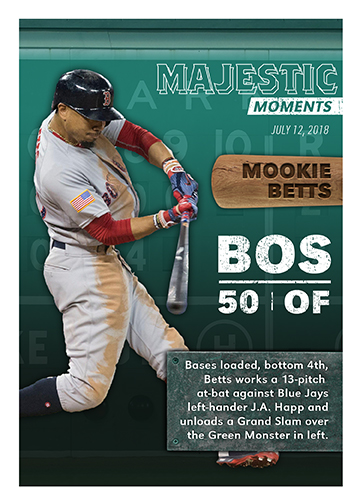 And now for some of the others. I had a blast coming up with these, trying to find good photos to use, researching the colors, etc. Like I said at the top, I’m planning on doing 3-4 cards per team for a full set. Time will tell if I can find a printer to make a huge sheet of these for me for a reasonable price. For the time being, enjoy these, and let me know who absolutely needs to be included for your favorite team. 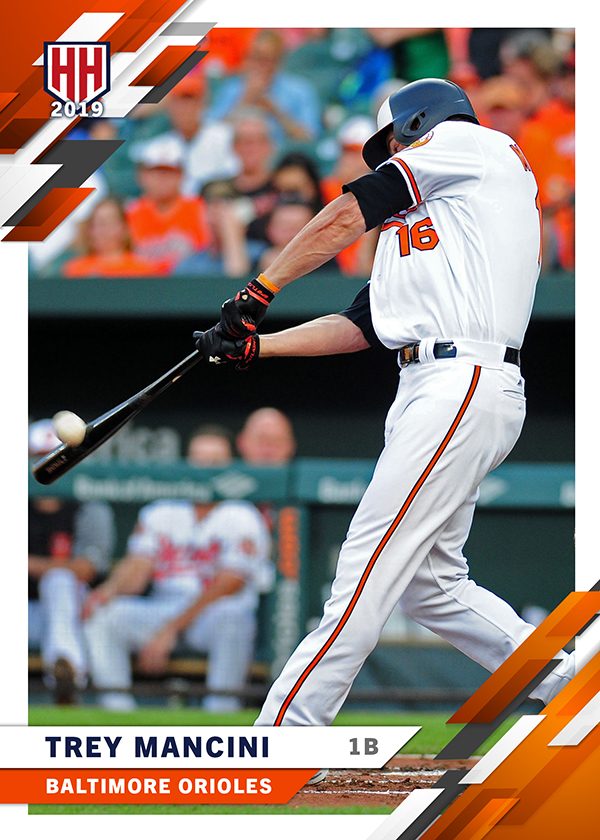 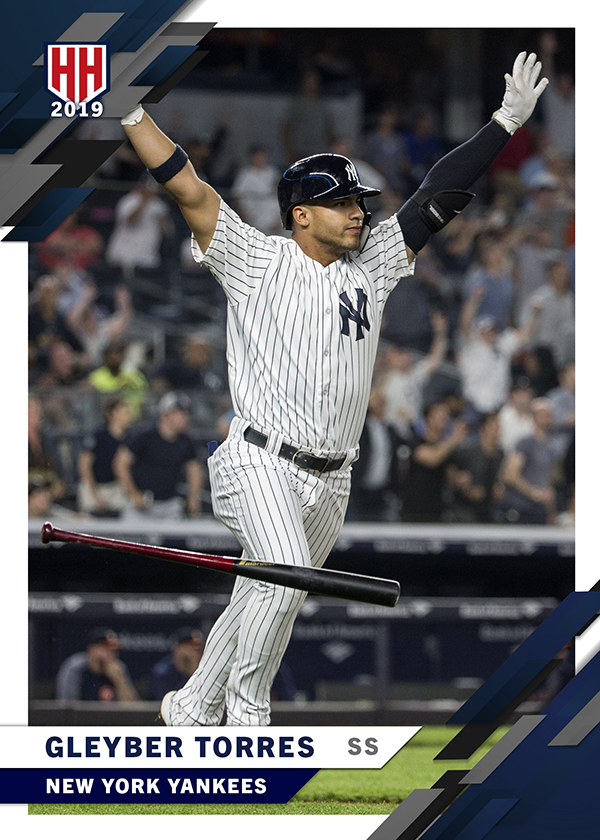 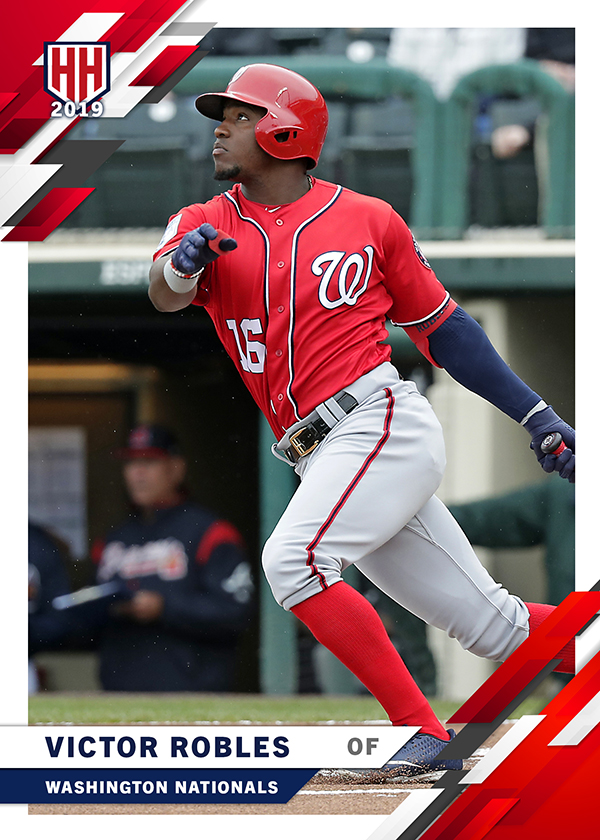 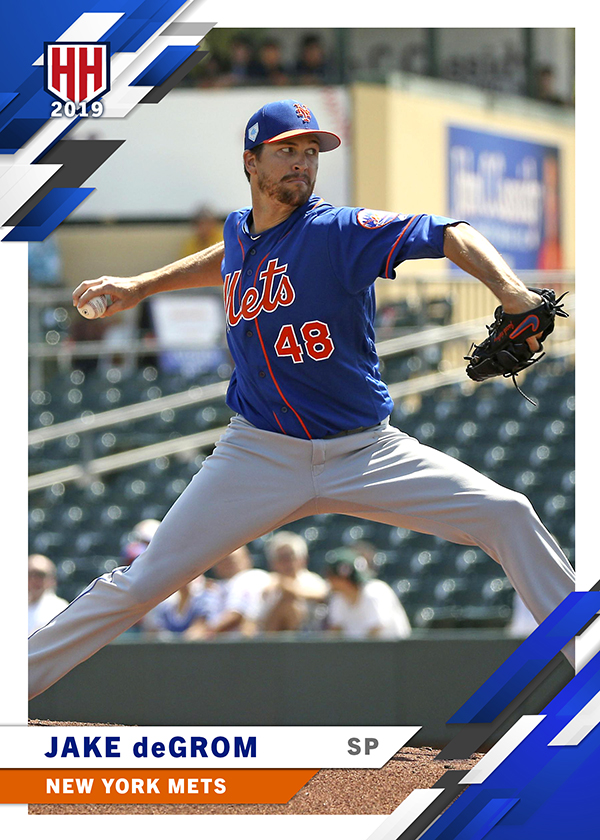 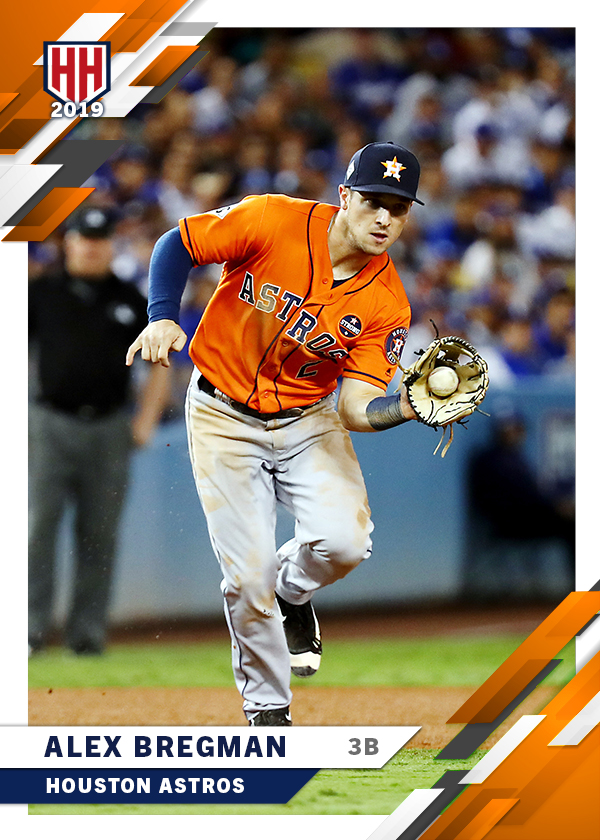 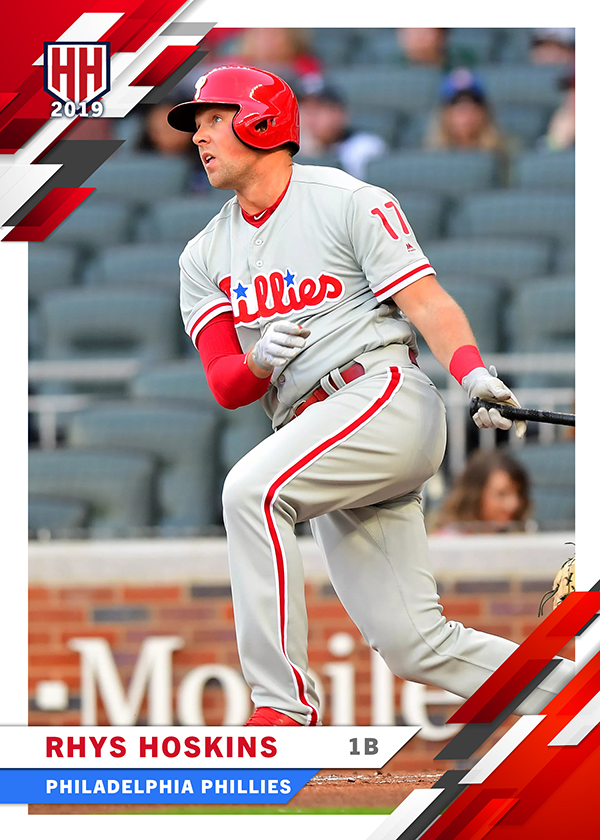 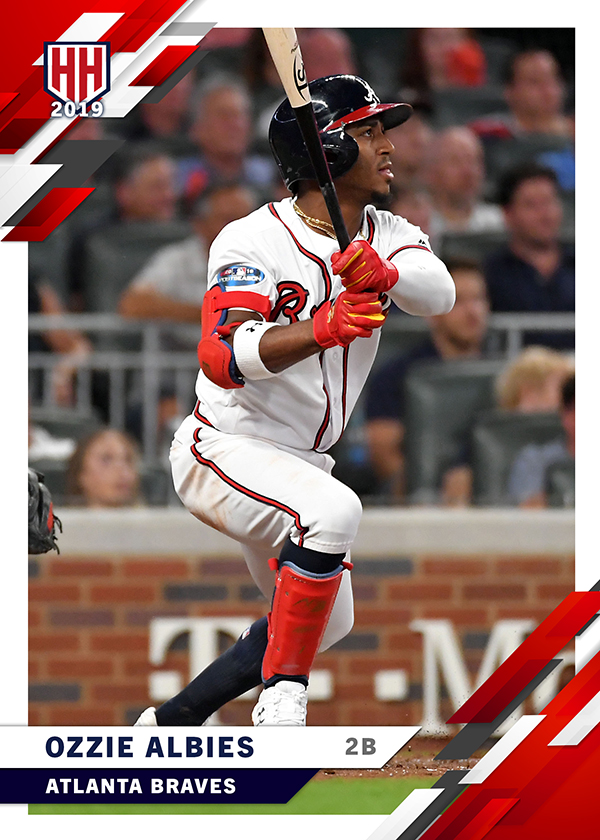 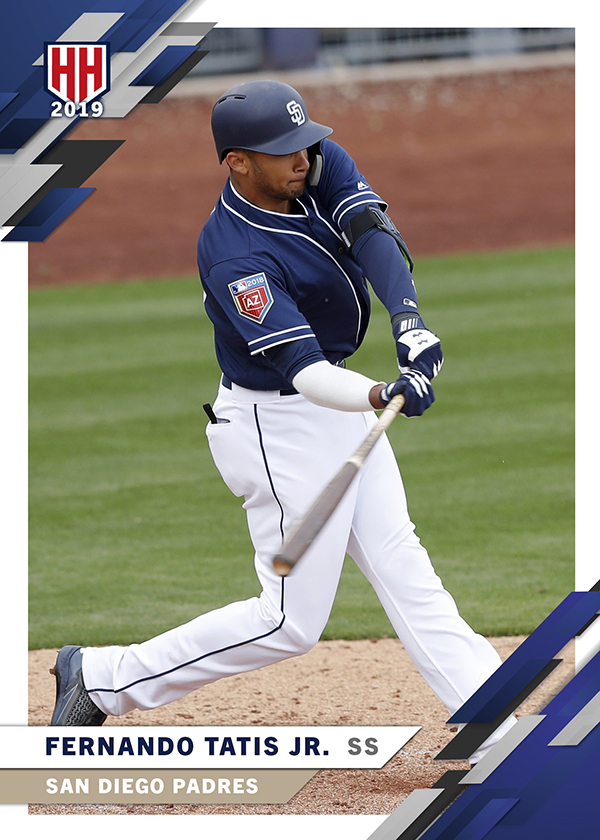 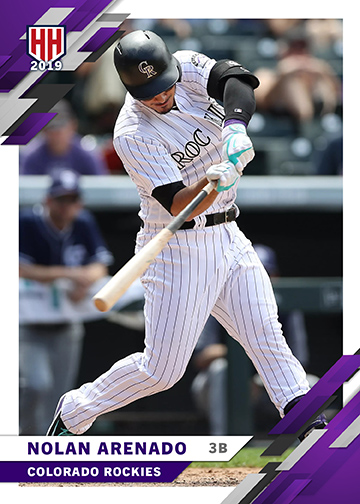 I’ll be doing more throughout the year, hopefully a set’s worth by the end of the summer. Stay tuned, more to come!!!