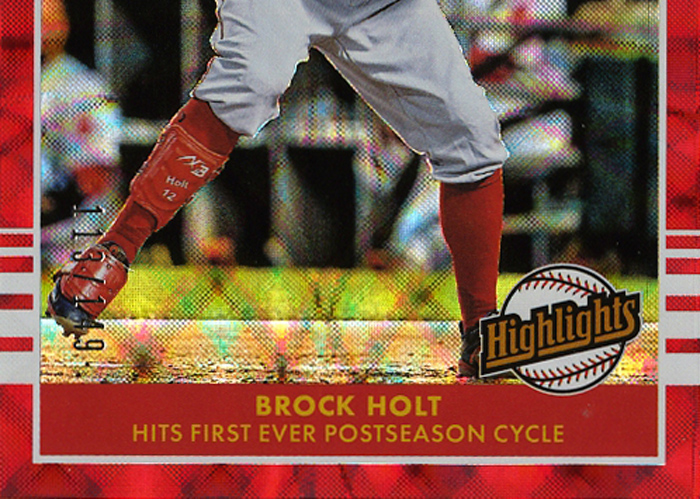 Who knew awesome came in so many colors?

So, 2019 is off to a bit of a whimper for the Red Sox, and card collecting is more or less following suite. There’s not a ton of excitement in the first few products this year. The rookie class is weaker, the designers are weaker, and there are enough short prints and random variations to choke a goat with. Even my stalwart Gypsy Queens are rather underwhelming this year.

Donruss however has been my one bright spot so far. They’re simple, they’re not expensive, and the collation is so good that in TWO blasters and a couple random packs I have about 85% of the base set. You can’t really beat that. I’m also in the minority of collectors since the lack of team names and logos doesn’t bother me in the least.

The Red Sox are well covered in the set, with a couple photo variations here and there, but also with a few well deserved inserts as well. This brings me to just one of two Brock Holt cards to make an appearance in 2019. The other being Heritage. The trouble with Heritage is that the parallels are so short printed, the easiest to find ones (chrome) are starting at $15 on the secondary market. No thanks. I’m not paying $40+ for a semi-rare Heritage variation. Not happening.

Instead I’ve decided to chase the Donruss rainbow. Holt has an insert card celebrating his post-season cycle game. There’s several variations with a couple being un-numbered and actually harder to find than their color/numbered counterparts.

The Diamond, Rapture and Vector parallels are the hardest to find at the moment, with most believing they’ve been short-printed in favor of the colored parallels, or only available in certain packages (retail hanger packs, for example). 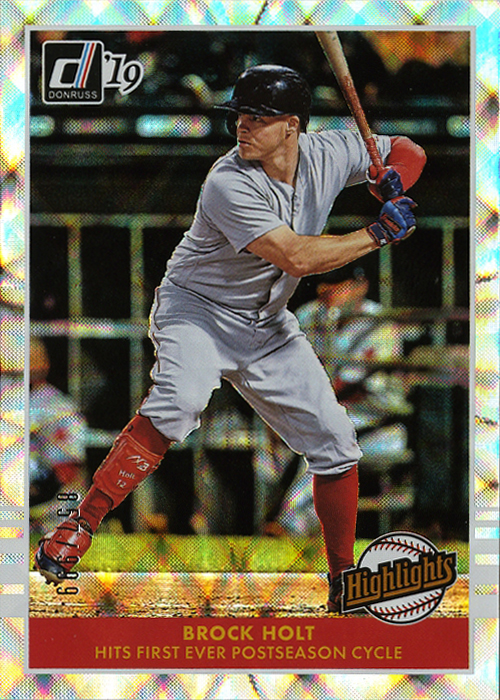 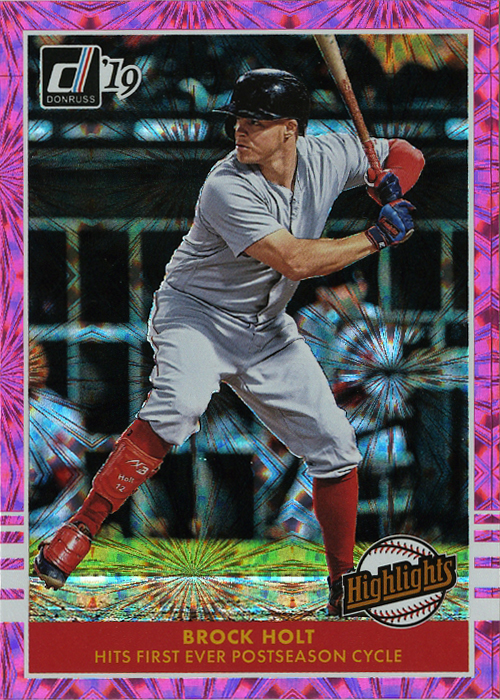 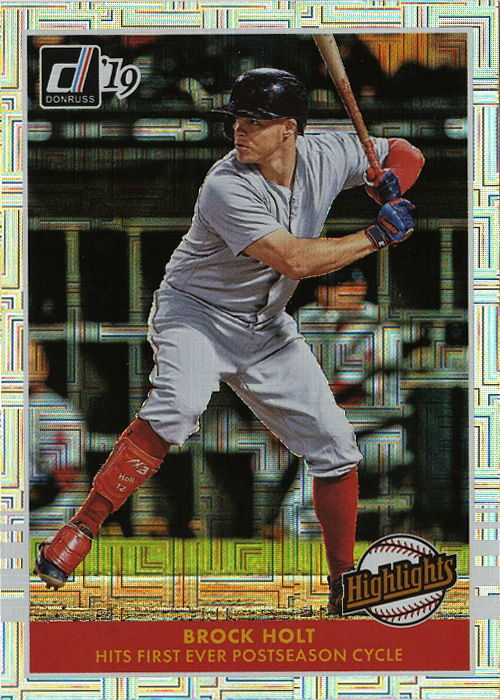 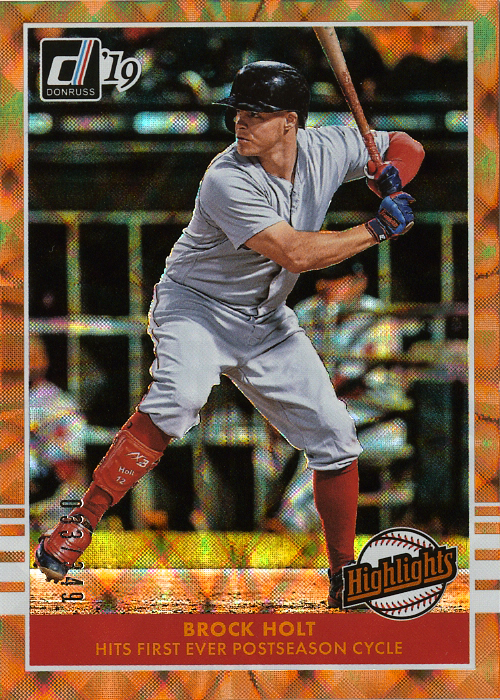 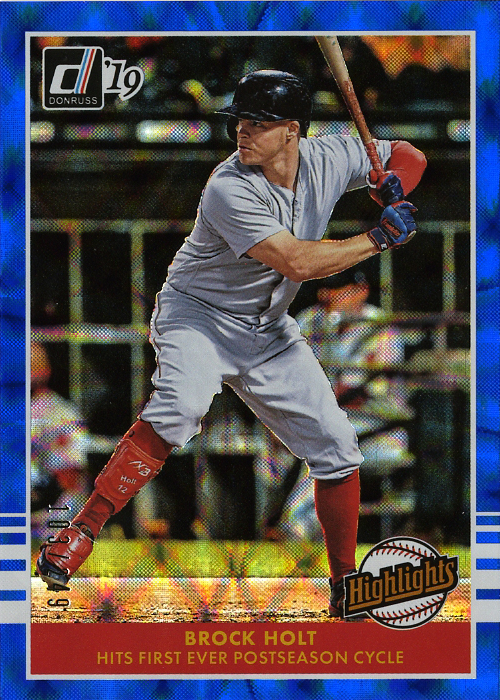 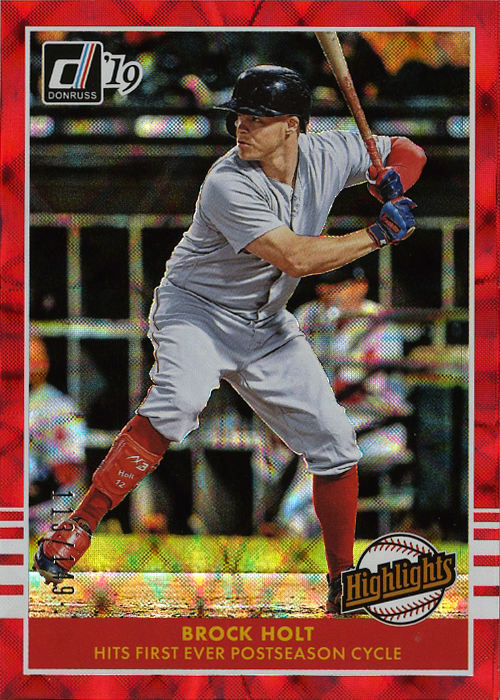 That only leaves me with a couple more to go. I’m still looking for “Diamond” (a more geometric version of the base silver pattern) and “Rapture” (a small, sparkly diagonal line version) as well as Gold and Green. I have a Gold saved in the eBay app at $20, but I’m just waiting for the price to drop a little. I haven’t seen a Green appear in the wild at all.

A fun little parallel rainbow is always a good chase, at least for me.

Anyone else enjoying Donuss, or is everyone still not liking the lack of logos?