One thing after another

It’s been one of those summers. One crazy thing after another, big projects at work, big projects at home, lots of money spent on things other than small rectangles of cardboard. At one point we had a vacation or, as it’s more commonly referred to by fathers, “that time when I drove 12 hours and had to listen to kids music the whole way”. I joke. We did have a vacation, and I did do a lot of driving, but it was a good trip.

I got moved to a bigger office/studio at work and finally had room to set up the “Command Center” and my coworkers jokingly refer to it. 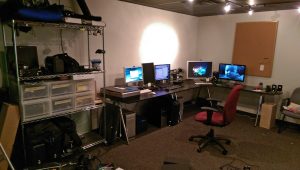 Not shown the the large area behind me for a “studio”, complete with green-screen wall and studio lights. It also afforded me the chance to submit a business case for some hardware. Namely this little guy… 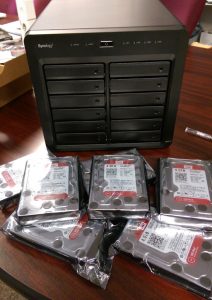 That’s a Synology NAS with 32TB of awesome sauce. Love this thing.

We also had some minor home emergencies scattered here and there. The most recent was a leaking AC unit into one of our bedrooms. The insulation got soaked, the ceiling had to be torn out and my brother and I spent a weekend re-sheet-rocking the whole thing. Lot’s of fun. 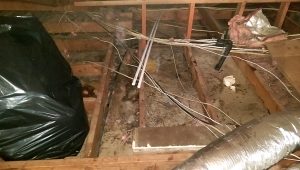 This was of course Labor Day weekend, so between hanging sheet-rock, we did manage to get the pit going. I think I’ve got my rib recipe on lock now. 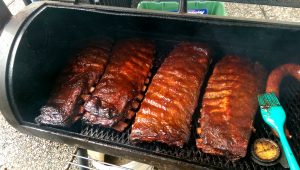 As for the future, I did realize that I have the perfect opportunity to blog again, mostly early in the mornings now. With school having started, I get the kiddo dropped off before 8:00 and I’m at work by 8:15. I have a good 45+ minutes before anyone else even shows up. Today my coworkers didn’t wonder in until 9:45. It’s the perfect time to make some coffee, make a daily to-do list, and spend some time at the keyboard. That should mean post frequency should increase again, provided I make a habit of it.

There’s tons of things to talk about, some good cards to show, and I can’t decide whether to slow-drip them all and get myself caught up or just blow it all in one big post. It’s not that much. 2016 has been sort of a down year for most things. Movies have generally been horrible, the gaming scene is very disappointing, cards are mediocre and mostly uninspired. I’ve have more fun making customs this year than I have collecting real cards. There’s not a ton to be super excited about, so I feel like half the time I’m artificially creating hype. “Dude, check out this mega epic hit”… but I don’t actually care all that much. There is Bowman Platinum, which is exciting, but it’s a Walmart exclusive (now there’s a phrase that should have never existed), which is not.

I don’t know. I’ll probably break things up into various posts. No point posting a group break on top of a card show, etc. So, no cards for today. I will however leave you with this: The tastiest hamburger I’ve had in a very long time, courtesy of Killen’s in Pearland. 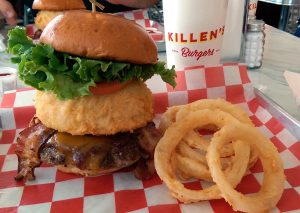