I’ve got an active search saved on eBay for anything containing the words “Red Sox” and “lot” and starting at $0.01, not exceeding $1.00. I won just such an auction last week, spending a whopping $0.02, and it just showed up the other day. I got a couple duds, but for the most part seller was true to their word in terms of not having dupes and being mostly “stars” and “favorite players”. It certainly helped my lack of Nomar… 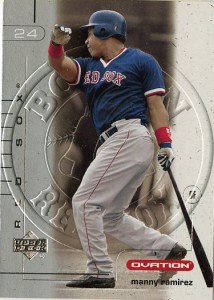 First up, a little Manny to get us started. 2002 UD Ovation. Love the emboss on those. 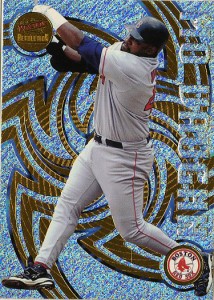 An ultra sparkly Mo Vaughn from ’98 Pacific. These cards are wicked shiny. 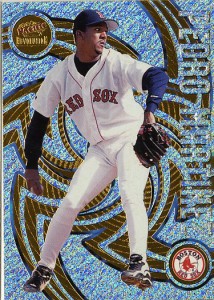 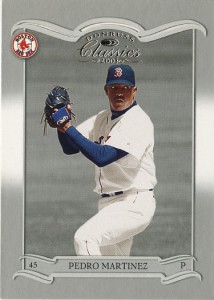 Speaking of ’98 Pacific, here’s a Pedro from the same set and a nice Donruss Classics to go along with it. 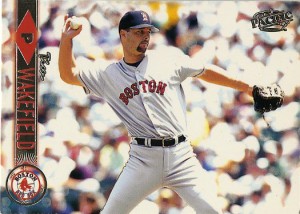 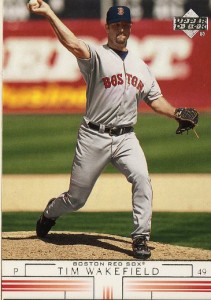 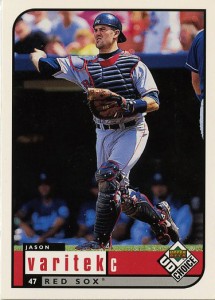 Now we go a little bonkers. It was a “lot” of 75 cards and at least 20 of them were Nomar Garciaparra. Not crummy ones either. In here there’s a couple Stadium Clubs, a UD Preview or two, a couple Leaf rookies from ’94, and a whole bunch of other cool stuff. These are probably my favorites… 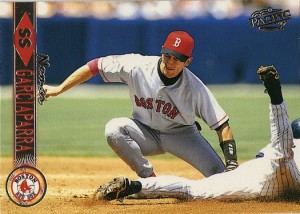 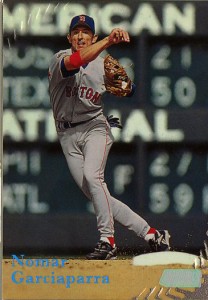 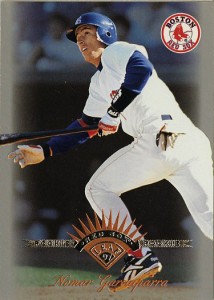 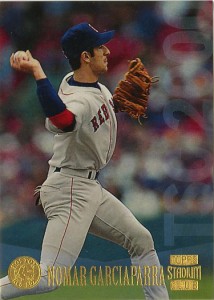 And my two favorite cards from the lot, and totally worth the $0.02… 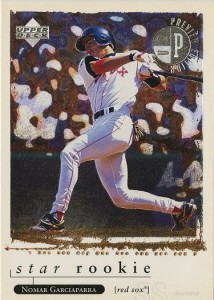 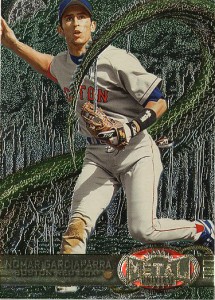 Edit: Looked it up. Apparently an insert and not a shop promo. Pretty weird that the entire point of the card is to promote other cards, but what do I know. Upper Deck must know what they’re doing with baseba… oh wait. Also, and maybe it’s just me, but does it remind anyone else of Topps Gallery a little too much? Don’t care, still cool.

The second card is just nuts. Strait up, find a jacket, we need a padded room, nuts. Nomar + Dragon = 1997 Fleer/Skybox “Metal Universe”. The scan did it absolutely no justice. This is about as close as I can get in Photoshop. Avert your eyes! 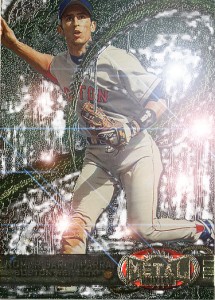 So, not bad for a couple pennies right?