So, if you’ve been paying attention, you’d know that I’ve gone a little coo-coo for cocoa puff over 2008 Upper Deck X. I honestly have no idea why. I just like them. A lot. I like the card design, I like that the set isn’t 7000+ cards (just 100 base!), I like that I can pull all sorts of awesome looking X-Potential cards seemingly on a whim, lol. Actually, what I like the most about the set is that it’s in all the bargain bins at Target. I got 6 or 7 packs at Christmas and just this weekend went back and the bargain bid had been restocked with nearly 20 more. I bought most of them.

I’m seriously considering, if I can find a hobby box of them (or if one actually exists – both Blowout Cards and Baseball Card Exchange are completely sold out) at the Tristar show in two weeks, maybe doing my first group break. I’ve been saving up some cash and I want to buy a couple boxes of things, but that’s the “opening packs junkie” in me talking. I don’t need or want 95% of the cards that would be in whatever I buy… so, that’s where you guys might come in. I’m must personally bust some, I might group break some, we’ll have to see how the mood strikes me. But if you see a “group break signup” some time after the show, I wouldn’t be terribly surprised.

I’ve gotten off topic. I wanted to show off a couple of the UDX cards I did pull. Read on after the break…

For starters, here’s a handful of the X-Potential cards. Both X1 and X2 level. 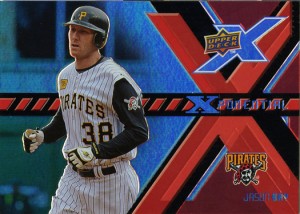 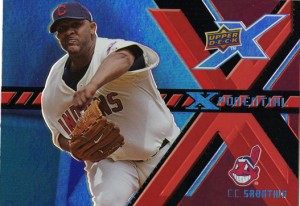 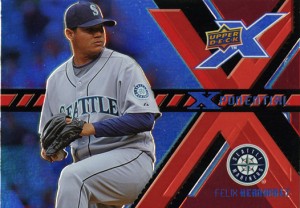 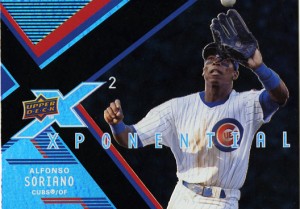 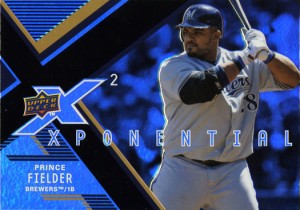 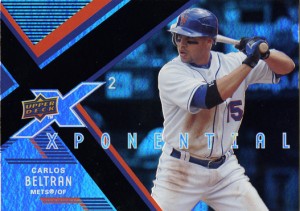 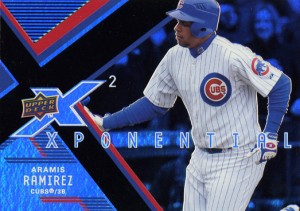 And of course there were a couple for my personal collection as well. The Ortiz is an X3, which is harder to find that the X2, which in turn is harder to find than the X1. There’s actually an X4 level, containing only 10 cards, one of which is also an Ortiz. I already had that card, I think Sam might have given it to me, so now I’ve got the two harder to find Ortiz cards, which is nice. 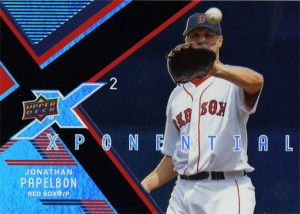 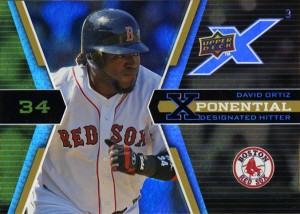 Those weren’t even the coolest pulls though. I didn’t even know that the set had autographs until I checked the checklist. Apparently there are only 30 of them. All players I’ve never heard of, except this guy… 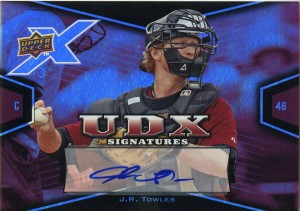 A nice J.R. Towles auto from the Astros. Not too shabby. It’s amazing what you can get in a $1.50 bargain bin pack! Sam’s got first dibs on the auto, but the other non-Red Sox are tradeable. Actually, I took a couple minutes and updated the trade bait gallery with some random things from over the holidays as well. It now spans TWO pages! Feel free to take a look and make me an offer.