While enjoying a tasty lunch at Whataburger, I stopped in at the Wallyworld across the street, fully intending to pick up just a blaster, or two mini-blasters of 2011 Topps Update, just in hopes of finishing off my set. While I did manage to get 2 of the 3 cards I’m missing, I came across something else. A so called “Value Box” from Topps that contained 5 packs up Update, a pack of Bowman Chrome, a random Chrome refractor and a Diamond Giveaway card. So I bought it and decided to share what’s in it, both as a review and to show off the couple hits that were inside. 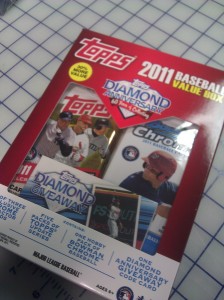 For starters, the box is fairly unassuming, 3 packs on one side, 2 and the small pack of Chrome on the other and like most other Topps boxes, completely full of wasted space. The box is 3 times larger than it needs to be. As you can see, the Diamond Giveaway card is hot glued to the inside front. What I didn’t know at the time is that the Chrome Refractor is right behind it. The hot glue also glues the top two packs together with the refractor into one giant mess. If I hadn’t peaked behind the DG card, I would have just ripped it off the packs… which would have been tragic. 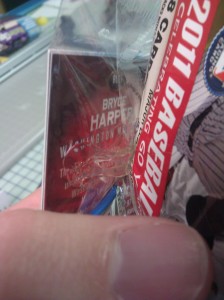 Good job Topps, hot glue one of your most sought after cards to the inside of a box. You guys need some serious quality control. As you can see from the photo, it is in fact a Harper. I’m not going to lie and say that this guy is the 2nd coming. I really don’t buy into the Harper hype. Strausburg has some potential, but I can’t understand the insanity over this guy just yet. Let’s see what he can do first, shall we. That said, it is a pretty sick card… 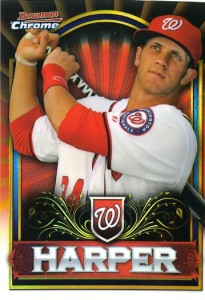 If only that was the design of the rest of the Bowman Chrome line, I might be interested in it in general.

With the way my luck has been running, I honestly figured that would be it for anything worth while out of that box. Apparently I was wrong. Each pack actually had something. I didn’t scan the entire thing, but here’s what was worth mentioning. 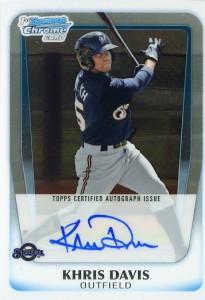 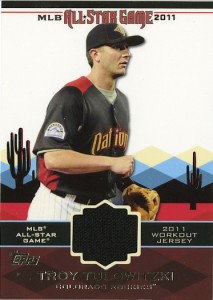 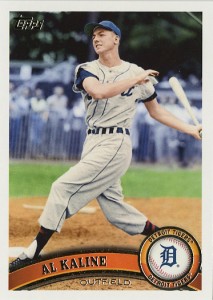 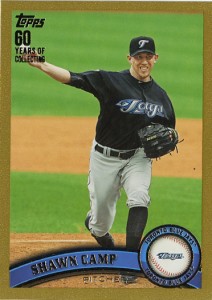 There were also an assortment of refractors, cognac refractors, blue borders, etc., which as I’ve mentioned before, I’m just not that in to. I’ll hold onto them to sweeten a trade here or there, but they don’t float my personal boat.

I also picked up a blaster of 2008 UD Timeline, mostly because it looked lonely and it was only $9. I love the value rack at Walmart. Most fun you can have on a budget. Nothing too exciting in there except a relic from someone on the Pirates I’ve never heard of and a Buchholz rookie card… 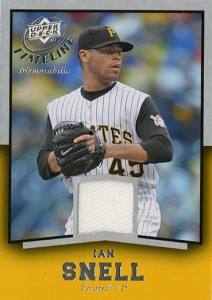 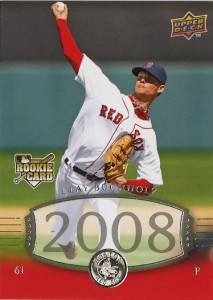 If anyone is interested in any of the above cards, minus the Buchholz, which goes in my Timeline collection, just let me know.

As a whole, the box seemed like a good value, being slightly cheaper than a blaster, but ultimately if I hadn’t pulled the Harper or the Tulo relic, it would have been a bust. My completely blind luck on this one probably isn’t a good indication of the overall value of that “Value Box”. The hot glued Refractor stuck to the other packs was completely unacceptable and really scares me in terms of quality control. I can’t honestly recommend anyone buying a box like this, unless you’ve got money to blow or are as curious as I was. If you’re looking for pure numbers, you’re probably better off with the mini-blaster (72 cards) for $9.99. Also, in case anyone was interested in the other semi-interesting cards, here’s a full scan of the rest of the interesting cards.