This checklist is a raging dumpster fire.

Matt “Doc” Perry, Somewhere on that 3rd rock from the Sun

I should say upfront, there’s nothing really “wrong” with Topps flagship this year.

The design is fine, it’s simple enough, although I did notice a few things here and there that kind of bugged me. There’s room for nice photos, the horizontal variations are good, they’re not overly and obviously photoshopped and processed. My main complaint this year is the checklist. I feel like it’s complete and utter garbage. I also feel like the Red Sox and Yankees and Braves (oddly) are given undue amounts of focus and inserts. It might seem weird that I’m complaining about too many Red Sox cards, but yeah, that’s where we’re at with this set. I can’t speak for other team collectors so I’m only speaking for Red Sox fans here, but look at this garbage… 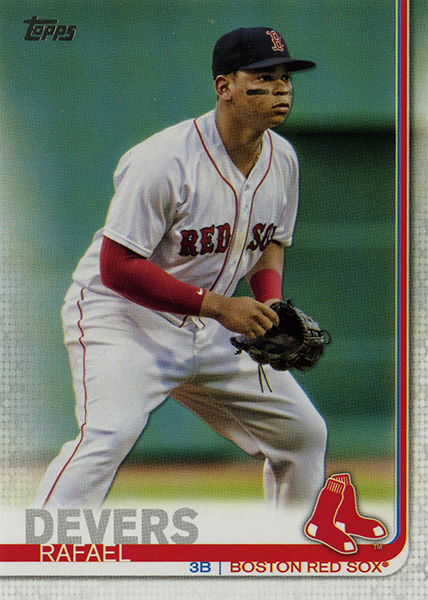 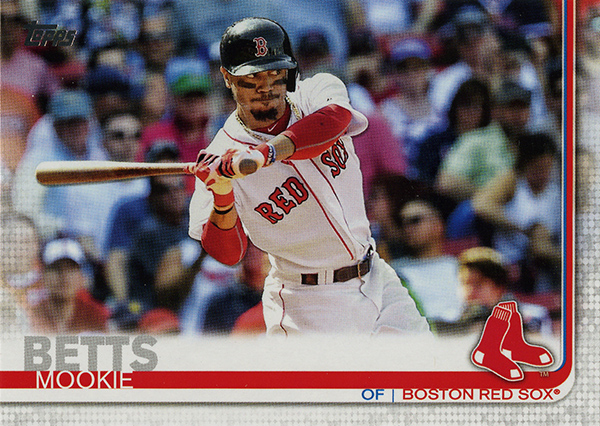 There’s the “base” checklist. J.D. Martinez 3 times. Mookie Betts 3 times (if you could the “Boston Boys” insert). David Price twice. A throwaway “Fenway Park” card. Let’s cut that down to just players…

That’s 10. Not 17. 7 extra cards with little to no purpose. “But wait, those are celebration cards for the World Series!” you cry. Are they? Are they really? They sure look a lot like base cards with a logo slapped on it. J.D. Martinez’s card for instance, has him batting, pre-swing. His World Series card? Dropping the bat post-swing and a WS logo in the corner.

The base cards aren’t even really my problem. I’m ok with 10-17 of them. I would have liked fewer repeats, but I’d be willing to live with it if it weren’t for the damn inserts in this cluster of a product. 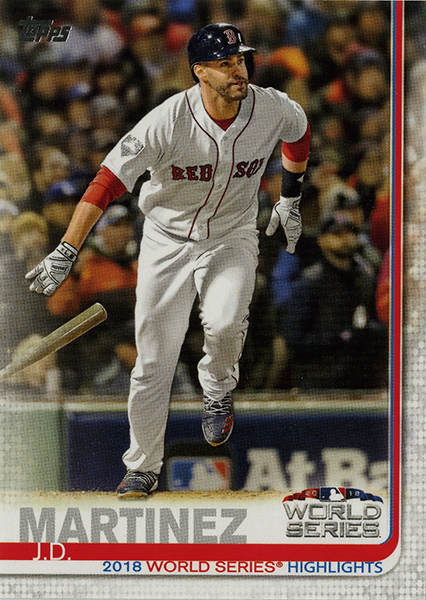 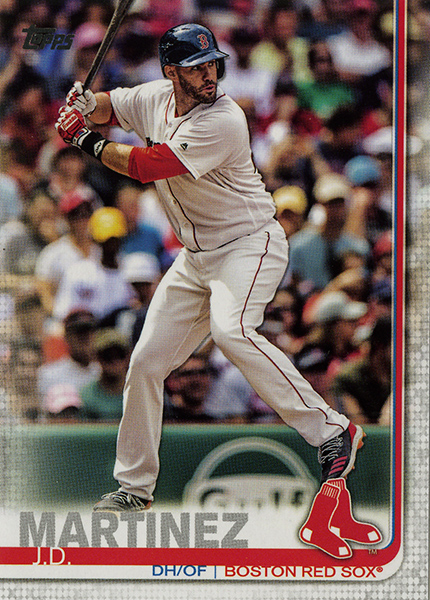 I haven’t even counted parallels, relics, autographs or manufactured crap. Seventy freaking base and insert cards is nuts. Completely bonkers.

You know who I feel bad for? The Yankees. (I hope I never have to type that sentence ever again). They have, and I’m not exagerating, ONE HUNDRED AND THIRTEEN cards that I would consider a base or insert card. Holy crap. There are 37 Gleyber Torres cards alone, mostly due to a special insert set just for him.

At this point, I have to honestly wonder what the product managers at Topps were thinking. Were they lacking material and didn’t want to make a “small” set so they over compensated? Were they inspired by the “150 Years” anniversary and got carried away? Were they trying to make the product more interesting because it’s always a weak seller and people usually wait for Series 2/Update to spend more on chasing rookies?

I have no answers for any of that, except to say that I’m personally not falling for it this year. This will the first year in my 8 years back in the hobby that I will refuse to collect a master team set. I’ve got my 17 base cards, which I’m fine with, and if anyone wants to dump pointless inserts at me, I’d take them, but I’m not going to go out of my way to find, pay for or collect any of the additional 50+ cards.

I just can’t get behind this idea that they needed to over saturate the product with cards no one will ever card about. Do we want minor league cards of people that have retired and/or died? Babe Ruth, according to Baseball Reference (https://www.baseball-reference.com/register/player.fcgi?id=ruth–002geo) was on, but never played a game for, two “International League” teams in 1914. By all accounts, he went strait to Boston in 1914 and played 5 games. So, for Topps, that means he should get a “Grapefruit League Greats” card? For a league that didn’t technically exist? He was in Baltimore and Providence RI. That’s not exactly south Florida!

I just don’t think this product was well thought out. Normally I’m super excited about the return of baseball, the start of spring training, etc, but I found myself staring at the boxes in Target over the weekend and I just couldn’t buy any of it. I had read the checklist ahead of time. There’s not a single other card (rookie or star player) from the larger set that I would want. I suppose I’m just not going to buy any this year, which is a shame, because my love for baseball is stronger than ever. With the retail exclusives continuing to be a problem and checklists like these, I can see this being a very lean year for my card buying.

Again, I don’t have a problem with the design, I think it’s fine. It’s certainly better than a few of the previous years, last year especially.

I actually took a swing at the design (for customs) and it was fairly strait forward. I’ll do a breakdown of the layout and the fonts at some point. Until then, these are probably the only Series 1 scans I’ll be making… 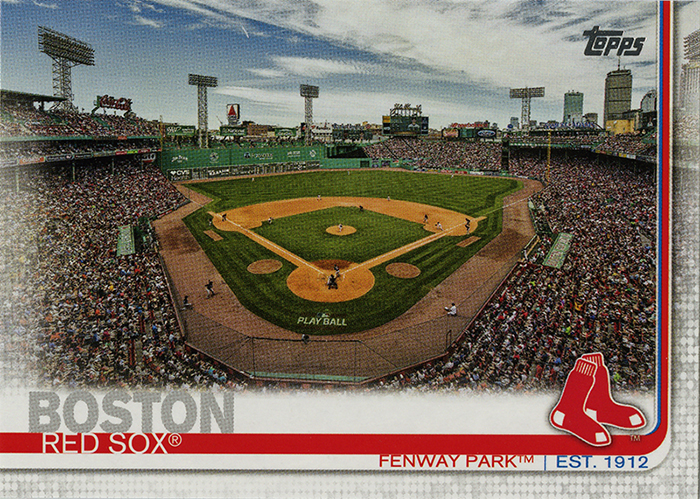