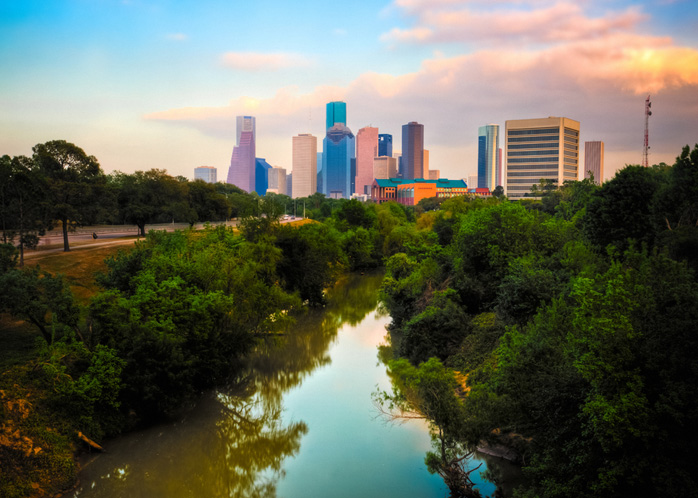 I don’t even know anymore…

As I sit here, at my desk, in my house, I think about how easy those words are to type, but a year after Hurricane Harvey, how hard they were to actually make a reality again. Last week was the one year anniversary of when our home flooded. I can still remember to torrential downpour of rain that blanketed the roof all day and all night. There was hardly any wind, the electricity stayed on (for the most part), and we were glued to the local TV weather report. We were watching Channel 11 (KHOU) as the TV station flooded and THEY evacuated, which was an ultra-surreal moment.

At the time I was comparing it to one of those Sci-Fi movies where you hear the “news coverage” in the background of the aliens landing and then suddenly there’s screams followed by nothing but static. You see that in a movie and you’re thinking “that’s crazy, the news wouldn’t just go off the air like that, that’s cheesy”. Then it happens in real life and that little voice in the back of your brain, the irony-center, starts screaming at you to pack up your crap and run.

The mad scramble to put stuff on on tables and in closets is what I remember most from the actually night it started. The amazing “tetris” zen that comes over you when you’re trying to stack your entire existence onto a dinning room table, or as high in a closet as you can put things.

I’ve covered what happened next already. The Cajun Navy boat ride. The dump truck journey across town. The shelter. The helpless feeling.

Then the recovery, and the help we received, and the love we felt. That’s still very real a year later.

Throughout the entire repair process, even when stuff was going all pear-shaped with contractors, when things weren’t working out, when things were delayed, we always had people willing to help. Especially towards the end, when it was coming down to the wire.

The moving back in was a mix of glorious triumph and back-breaking labor. Contractors had delayed and delayed and kept pushing things off. We drew a hard line and said that the 4th of July is our drop-dead date. We were moving in. We scheduled the movers for that Friday (the 6th). As of the 5th, they electricians, the plumbers and the painters were still all not finished. They were painting my living room until 4pm on the 5th. At 5pm I had a friend come help me and we put down laminate flooring until 1am. The movers came at 8am.

Since then it’s been a weird mix of finishing little things (like weather stripping and door thresholds, and unpacking as best we can. It’s taken most of the summer and we’ve only just put a good dent into it. We’ve unpacked about half, but also reduced down quite a bit, and donated most of what we don’t plan on using going forward.

I’m sure it’ll be months until the final boxes go away, but we’re comfortably moved in and unpacked enough that we’re really not missing much. Except the crockpot. I still can’t find the damn crockpot, lol.

As for cards, there’s really not a ton to say about 2018. I didn’t have anywhere to put them for most of it, so I just didn’t buy any. Don’t get me wrong, I ordered a couple team sets here and there, but I cut way back on ebay and comc orders and hadn’t bought a retail blaster until Optic this month. Sam brought me a couple nice cards the couple times we got to hang out this summer. A really sweet 2017 Museum Collect Rick Porcello tri-relic and an awesome 2006 Papelbon/Breslow duel auto he said he found for $2 somewhere and couldn’t pass up. He also brought me the two photo variation SSPs from 2017 Flagship, Ted Williams fishing and a Mookie All-Star game photo variation. I’d scan them, but the scanner is at my office, which also flooded, which is an entirely other insane story for another time.

As far as major sets go, 2018 was pretty disappointing. Not because I missed out on a set, but because I didn’t really want them in the first place. Maybe it was my overall mood for most of the year, but I just wasn’t in a happy place collecting-wise. When you get right down to it, I just had more important stuff to do.

Flagship is, well, flagship. Heritage was boring except for the inclusion of the B&W “deckle edge” photos, Donruss took a step backward from it’s high-point of reinvention last year and even Diamond Kings was kind of washed out and boring. Stadium club looked nice but I literally never found any. Bowman Platinum was a WM exclusive again and so I never found any of that either. Ginter is “meh”, Bowman is “meh”, and Chrome just came out but 4 cards per pack has always been downright insulting.

The real highlight, for me at least, was Gypsy Queen. I like the design, and the inserts were top-notch this year, but I just didn’t have the funds to try and put a whole set together. So, I got the teamset complete and I’m pretty happy with that. I wouldn’t pass up the chance to build it (anyone have like 400 dupes?), but I’m not going to lose sleep over it.

I did try and keep my sanity with a little digital entertainment this year. I picked up a tiny handful of games for the PS4. I bought God of War and The Show 2018. The Show is an unmitigated disaster and I’m quite honestly done with the franchise. They managed to ruin something basic like a baseball game in the same way Call of Duty has slowly ruined the FPS genre. Micro-transactions, points, coins, DLC, features locked away behind achievements and GRIND to get even little things. Unholy amounts of grinding for levels and games and unlocks. In The Show it’s all about the “Diamond Dynasty” mode and unlocking cards for players to use on your team. Oh, did you want to use Nolan Ryan as a pitcher? That’s take 4000 strikeouts and 500 games as a lesser pitcher, just so you can unlock him. I’m sorry, maybe I’m more “casual” gamer now, but that’s just not going to happy.

God of War on the other hand, was probably the best game I’ve played in years. Complete story, not too many mindless quests, plenty of game area to explore, awesome characters, breath-taking graphics. It was a complete gem and the best $20 I’ve spent in forever (found it on sale somewhere).

I also played Destiny 2 for all of an hour and was very happy it was given away for free this month and not something people are having to spend money on. Wow, has Bungie ever fallen. It’s that bad.

The plan for the “art studio garage” is working it’s way toward reality. As I mentioned above, we’re about half-way unpacked. The rest of those boxes are sitting in prime studio space, so we’re planning a massive garage sale for later this month or early October. Hopefully with a combination of that and more donating/purging stuff we don’t need, I can be putting together a working studio by the end of the year. I’m really really looking forward to it, not just as a goal, but as a creative outlet. Working IT this past year has been interesting, but my heart will still always lean towards creative endeavors.

The end goal is to really make a push into using the creative space for the things we enjoy doing and using extra money from things like custom cards or cut vinyl or photography or painting to fuel the things we’ve always wanted to do as a family. If I can have fun and support my family with a little side-business, then it’s all worth it.

I’ve played around with a few customs as well, just to keep myself busy. Nothing really noteworthy for the moment, but a couple re-do’s of products this year that were a little weak, and a couple fun takes on classics. I’m sure I’ll show those off at some point.

I don’t really have too much else. Just a busy, crazy summer. Just glad to be home.