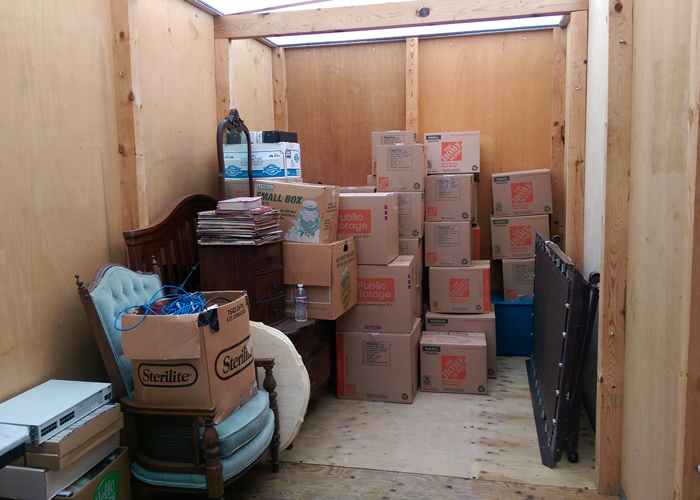 Where did October go?

Where the heck did October go? I swear it was just September and I was posting about cleaning out soggy drywall from the house. That’s moving slowly by the way. I know I haven’t been updating because, honestly, it’s kind of a bummer to think about as it’s happening. We’re still a long way off from being back in the house. Funding has been secured though and we’re moving forward with bids and estimates from contractors. The plumbing work has begun in earnest. It needs to happen first before walls get closed up. We decided to do a whole house re-pipe. Every wall we opened up exposed more and more old galvanized pipes. They were deteriorating pretty badly, some nearly rusted through. It made more sense to do it all while the walls were open than to put drywall back only to have to tear it out again if we had a leak or a plumbing problem down the line. The same goes for the electrical. The house has old 14-guage un-grounded wiring. It makes more sense to do that now rather than risk a fire (or something just not working) later on.

So, when people ask “are you done with the house yet?”, and I just kinda laugh and say “no”, they get confused. Most people are thinking it was just a matter of putting sheet-rock back and moving on with our lives. Nope. While we could have, and did contemplate that, it made more sense to do all these actual repairs and improvements. Yes, it will take ten times as long. Yes, we won’t be back into the house for at least another two months. Yes, it’s expensive. It’s also getting all those “remodeling” projects that people do over their lifetimes completely out of the way all at once. Seriously. I won’t have to re-tile a bathroom, update a living room, repaint a bedroom, refinish a cabinet, or any of those other weekend DIY projects FOR DECADES. That’s kinda neat.

There’s other projects that have a higher chance of actually happening now as well. A home server rack for example. While I haven’t decided if I’m going “rack mounted” or “old PC in a closet”, there’s going to be some network upgrades happening for sure. I’ve already gotten the ok to take over what was the wrapping paper closet in the hallway, and I’ve been looking up ventilation solutions (hint: silent bathroom fans, who knew?!) and wiring ideas. If anyone has any expertise in that, I’d love to pick your brain.

The other thing that’s kinda neat is that I might be able to “finish out” the garage. We’ve already gotten it sheet-rocked and last weekend we installed a window A/C unit to keep the room cool. We’re using it as storage for the furniture that was salvageable. So, it’s filling up quickly, but it’s cool and dry, and after all is said and done, it’ll make a great work space for all sorts of other fun stuff. I’ll have new walls, A/C, and I’ll probably epoxy the garage floor when we’re done with it.

So, where does that leave us? Well, we’re about a mile or two down a very long road. Lots and lots of hard work ahead. We’re trying to save money any way we can while getting the most out of the remodel. So, that means things like sanding, cleaning, demoing, putting down laminate floors, putting up drapes, painting, etc, will all be done by us. The harder stuff like plumbing, electrical, AC, tile and cabinets will get handled by our collection of professionals.

I feel weird posting about stuff other than baseball, baseball cards, BBQ, and everything else I normally enjoy. There just hasn’t been any time for that stuff. It’s going to be a long, tiring winter. We’re up for the challenge. It just might not make for interesting blog posts. Hopefully we’ll get back to normal soon. Fingers crossed.