I had almost forgotten to post these. My good friend Paul Ladd was kind enough to show up for my birthday party paintball extravaganza with his camera rig and even got in the cage with us for a few rounds. It should be noted that paintball photography is incredibly dangerous for the equipment, so him doing this for me was a huge favor. As always, he did a kick-ass job. There’s a reason he’s one of the best photographers in Houston.

Anyway, I just thought I’d share a couple. I’ll put the whole thing in a gallery at some point, but here are a couple highlights. 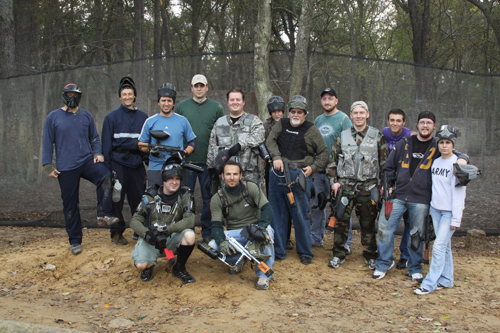 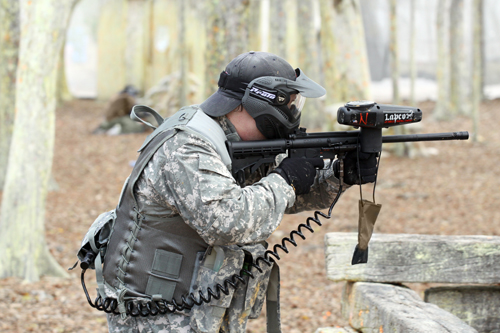 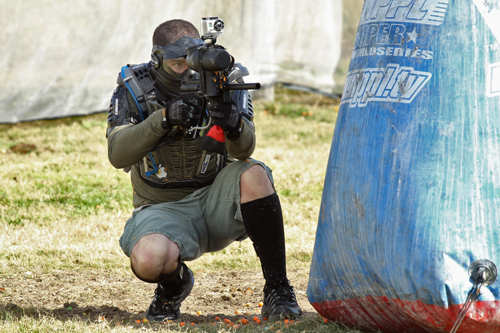 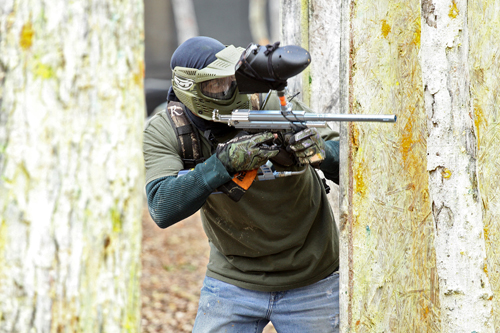 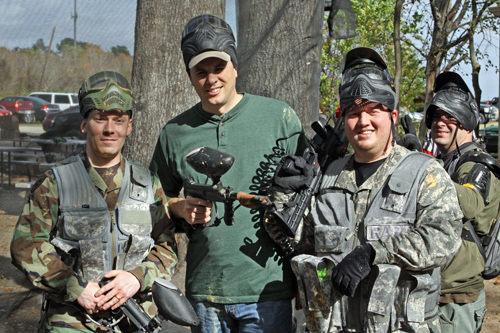 Well, since they’re now over, I can safely ask how everyone’s holidays went. Ours were pretty uneventful, which is a nice change. The last couple have been pretty crazy with traveling or some sort of emergencies and disasters. We decided to take it easy and keep everything low-key since our big excitement for the year will be happening in about two months. So, instead of hitting the parties and social events, I worked on the baby’s room while the wife did copious amounts of baking. I got a pretty nice Kindle as a present and I’ve been enjoying it very much. I’ve already read about half a novel on it. Mostly, I really enjoy the exceptionally long battery life. It’s estimated at 30 days per charge, which is incredible. I do need to find a case for it however. I was really wanting this one made by Moleskine, but apparently they’re discontinued and not made to fit my 3rd gen Kindle anyway.

As I mentioned before, I did a lot of work on the nursery over the break. It originally contained 12 (twelve!) large double drawer file cabinets with book cases on top of those cabinets. I’ll give you a minute to visualize what that looked like. It’s nearly all empty with the exception of a large computer desk in the corner dating back to the 50’s (completely solid steel, 500lbs at least) which I can’t move on my own and a fire safe that’s equally heavy. With the help of my father-in-law we managed to move out the rest, patch some holes in the sheet-rock and install a new ceiling fan. We’ll be painting this week and then new carpet goes in next week. On the up side, in the closet for the room, I did find a neat collection of old antique cameras which I instantly claimed as my own. There’s a little bit of everything in there. Kodak Brownies, Polaroid Land Cameras, old rangefinders from companies long out of business, all sorts of cool stuff. They’ll make a nice display somewhere, either in my game room or at work in my office. Did I mention I’m getting an office?

Anyway, I hope everyone had a good holiday, I hope you got exactly what you wanted and got to spend some time with your loved ones. Happy Holidays and Merry Christmas everyone!